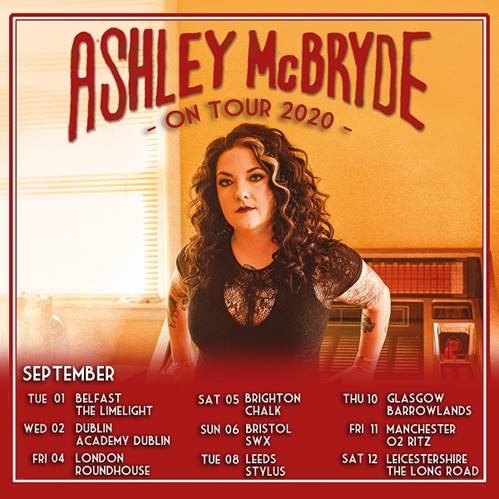 Tickets on sale Friday 21 February at 10 am: www.ashleymcbryde.com

On April 3, McBryde will release her hotly anticipated second album Never Will which you can pre-order HERE via Warner Music Nashville, the follow-up to her critically-acclaimed, GRAMMY-nominated debut Girl Going Nowhere.

Never Will, produced by Jay Joyce, boasts 11 tracks including lead single “One Night Standards,” second single “Martha Divine” and third single “Hang In There Girl”. The videos for these first three singles make up a three-part storyline which you can see below:

NEWS: Ahead of his upcoming UK headline tour, the new album ̵...