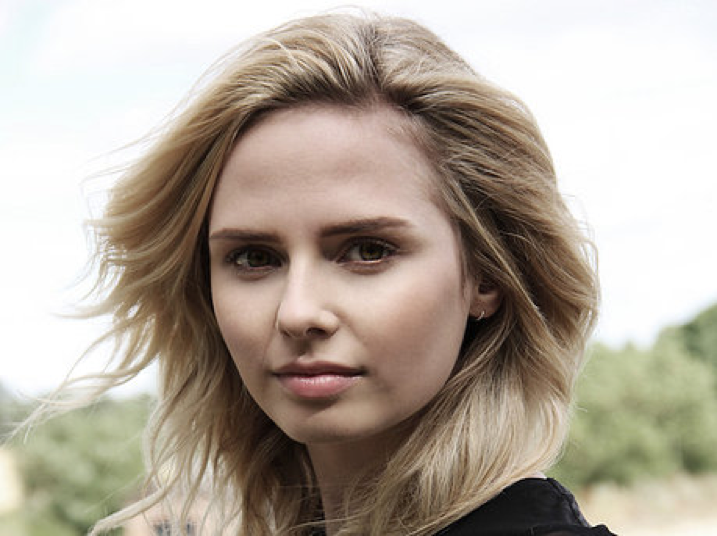 Tell us a bit about yourself…

I’ve been gigging in cover bands for around 5 years which is where I met my band- we all did the same function circuit! I’ve been singing since I was a tiny, little, annoying thing! I would sing songs from musicals/Disney films constantly. I started learning guitar at 15 after having enough of only singing what my brother wanted as he was the one with the guitar! I wanted to play what I was interested in – not Blink 182, haha!

I first got into country music after Bon Jovi (my fav band of all time) released a Nashville influence album called “Lost Highway”. There was a song on there that they recorded with LeAnn Rimes which I loved! I then found the Dixie Chicks, Brad Paisley and Reba McEntire. I loved all the stories that country music told and was instantly hooked on it.

Describe your sound in three words…

Tell us about your first performance and what you’ve learned about playing live since then?

My first original gig was at Gullivers in Manchester. I was SO nervous! It was a music night with Gary Quinn and Holloway Road. I was first on and had no idea what to do. I didn’t talk or go into any details about my songs at all, I just sang!
Since then I’ve learnt not to be scared of the audience. They aren’t there to be horrible, they’re there because they love country music. So now I feel much more comfortable telling my stories and chatting on stage. It feels like I’m talking to a room full of my friends.

My favourite venue I’ve played at so far is The Troubadour in London. It was so cool knowing how many talented people have played there before and I felt like I could feel all of that energy runthrough me when I stepped onto the stage.

My dream venue would be Central Park, New York! Imagine playing a sellout gig there! Crazy. It’s my favourite place I’ve ever been to in my entire life.

I’d love to open for Maren Morris. Her songs are incredible and she oozes that cool vibe. Maybe she could teach me how to be less of a wally. Haha!

I love singing “Free Falling” By Tom Petty & The Heartbreakers. The harmonies are beautiful.

If you’re at one of my gigs expect honesty. I’ll never pretend to be something I’m not. I think people would see right through me if I tried to do that. I love to have a laugh on stage, it makes me feel more comfortable and relaxed. So I’ll happily tell you every embarrassing story that my songs are about! You’d leave my gig feeling like we really know each other. If Ihaven’t left you feeling that way then I haven’t done it properly!

I’m excited that it’s becoming a “cool” genre. People don’t snub it anymore which is awesome! Before, people thought country music was all about line dancing and cowboys. Now people are seeing it for what it really is; incredible stories and music that ignites every type of emotion.

At the moment I’m constantly writing with the end goal of an EP. I’m also getting ready to play at Country to Country with my band! It’s so fun getting together every week and rehearsing songs as well as writing new material.

Catch Beth at the Country2Country festival at the O2 Arena in March 2017.