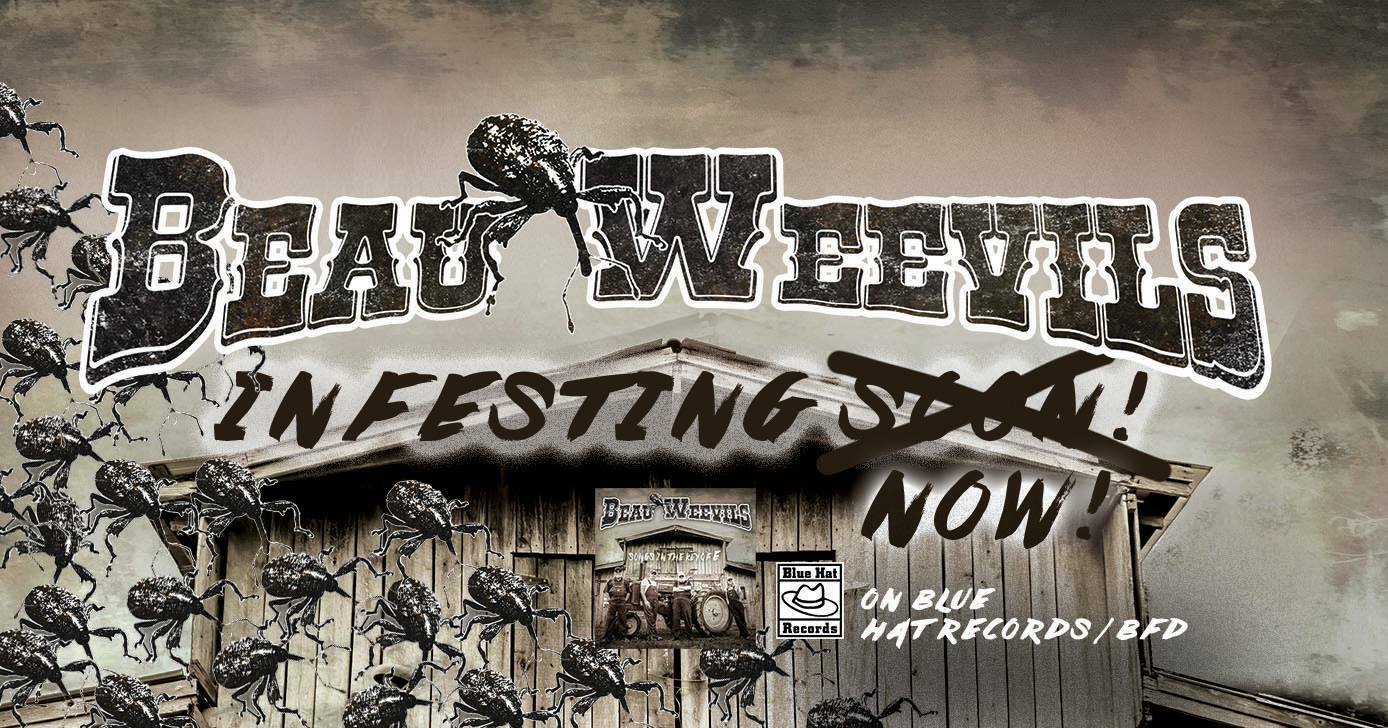 On Tuesday, October 30, 2018, Charlie Daniels debuted a few tunes from his new album, Beau Weevils – Songs in the Key of E, at Winners Bar & Grill in Nashville.  The room was packed with fans and media alike eager to hear what this new project had to offer and nobody came away disappointed.

Charlie Daniels and his longtime friend, drummer and producer, James Stroud, finally got together and recorded some music they’ve been thinking about for years.  The time was right when Daniels, just fiddling around on his guitar, came up with a song he called “Mudcat”.  Once that song was written, the next nine rolled off easily (Daniels co-wrote all ten songs on the album).  They grabbed a couple of other legendary musicians, Billy Crain (guitar) and Charlie Hayward (bass) and they had their band.  Beau Weevils was born. 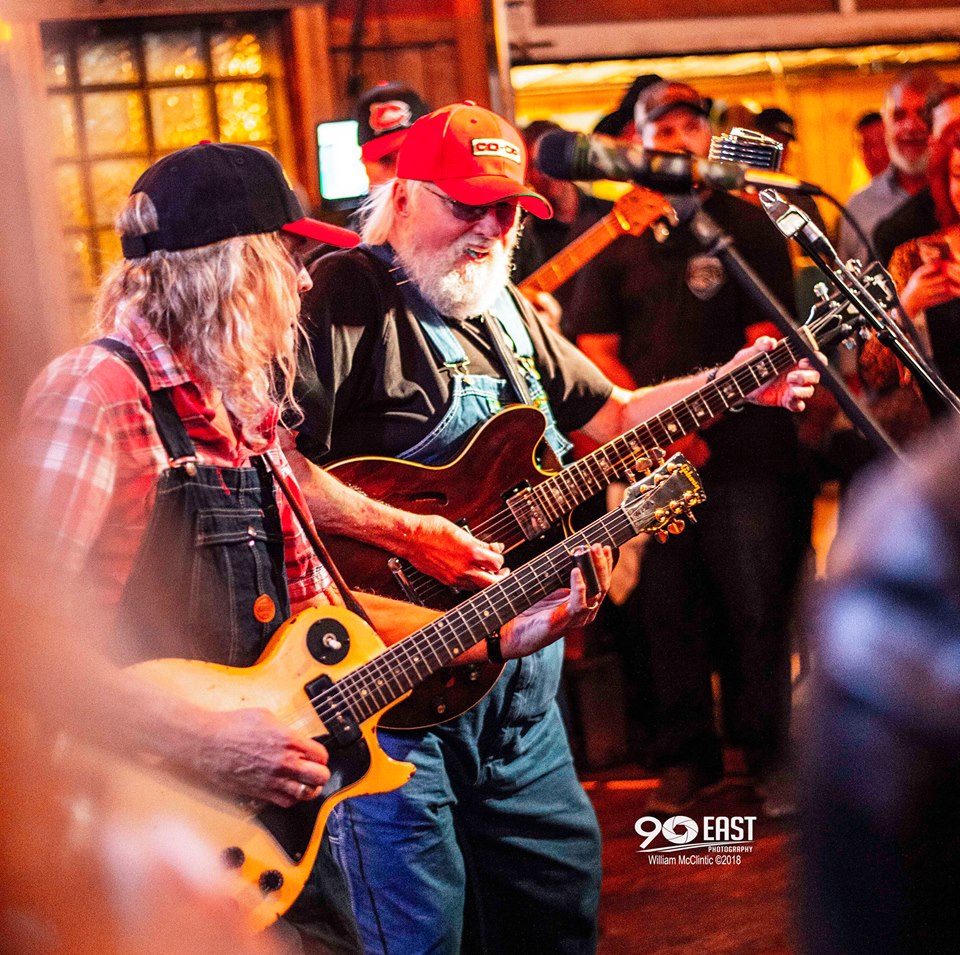 The music can best be described as a cool mix of down and dirty, bluesy rock.  Like it crawled right out of the Mississippi Delta and worked its way up to Muscle Shoals where it met a few cats from Nashville just waiting to jam a little bit.  It’s some of the best stuff I’ve heard in a bar in ages.  I can’t wait to hear the whole album.  Hearing just those few songs live was a real treat.

Witnessing Billy Crain’s guitar work just a couple feet in front of me was something I’ll cherish forever.  Daniels’s vocals are as gritty and as well-suited to this type of music as anyone’s could ever be.  He’s one of the master storytellers in song, and damned if he doesn’t still carry that torch mighty high.  I got chills. 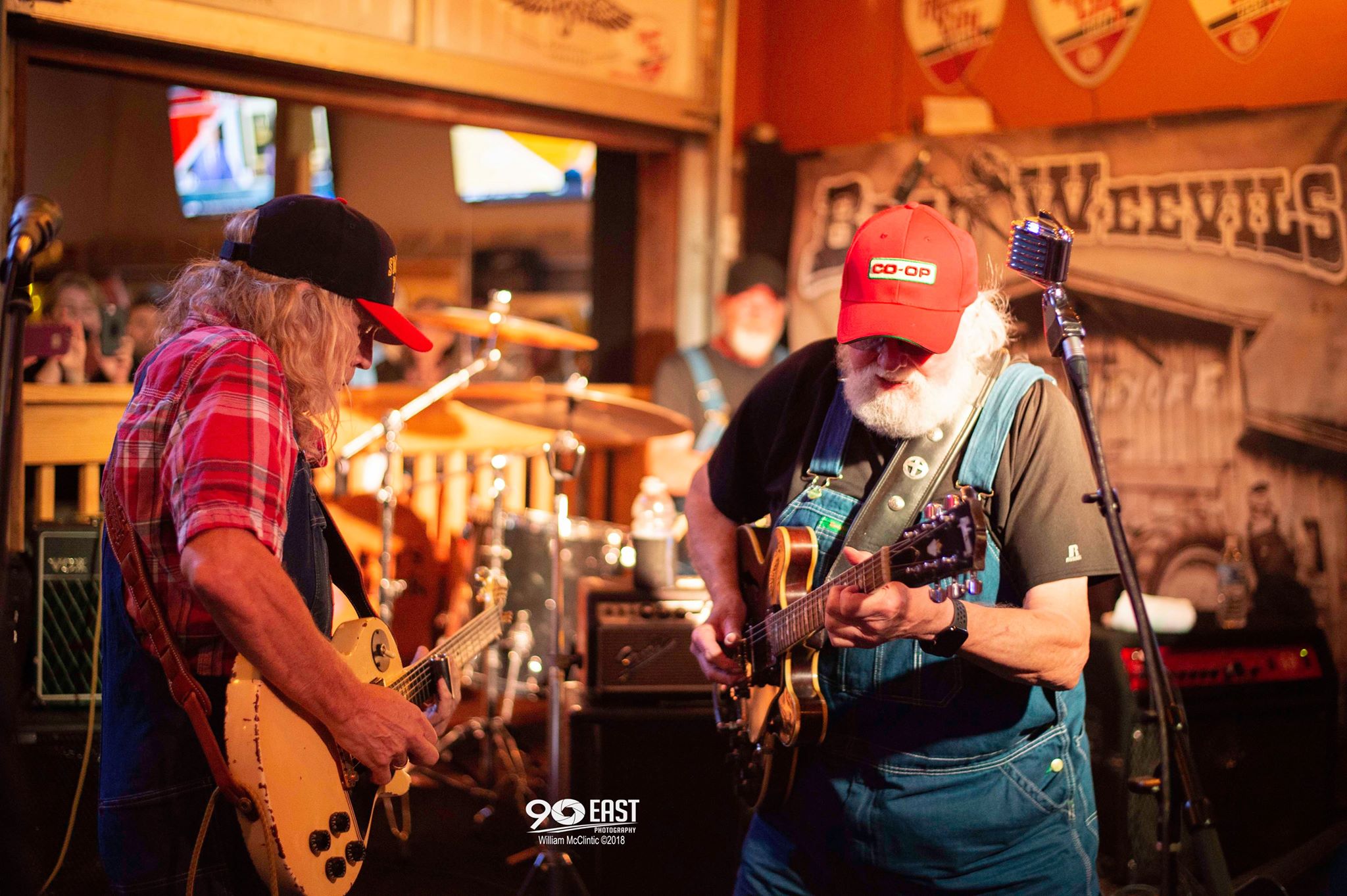 Stroud wasn’t sitting behind that drum kit for nothing either.  He and Daniels know exactly how to communicate in that storytelling business.  A light groove here and there and a steady build to the point of impact.  Don’t count out Hayward on bass either.  This band may have been decked out in bib overalls, but they were as tight as any jazz quartet on Bourbon Street. 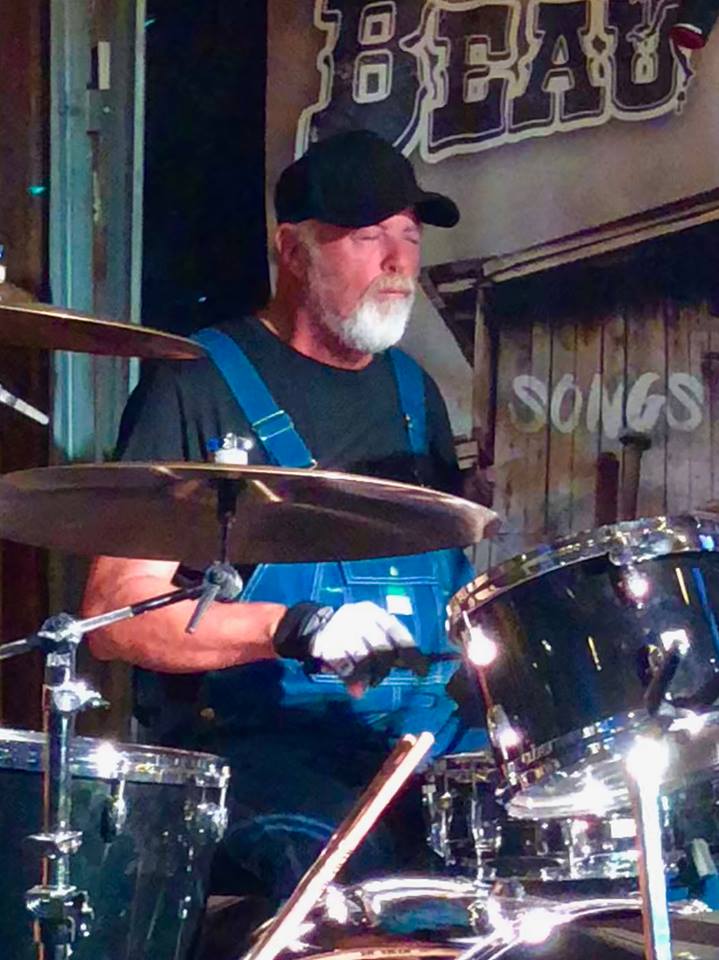 Daniels opened the set with the first track from the new album, “Geechi Geechi Ya Ya Blues” and if the title alone doesn’t intrigue you, just wait until you hear the song.  He played a number called “Mexico Again” which he prefaced by saying, “I took a trip south of the border one time.  I got into some trouble.”  This guy might be in his 80’s, but he’s still a pistol.

At one point, the band slowed things down to play “Louisiana Blues”, which was fine by me, because it was hot and heavy like the air in New Orleans in mid-July.  Good old-fashioned blues-like music, with just a touch of southern rock to let you know where these guys spent the bulk of their careers. 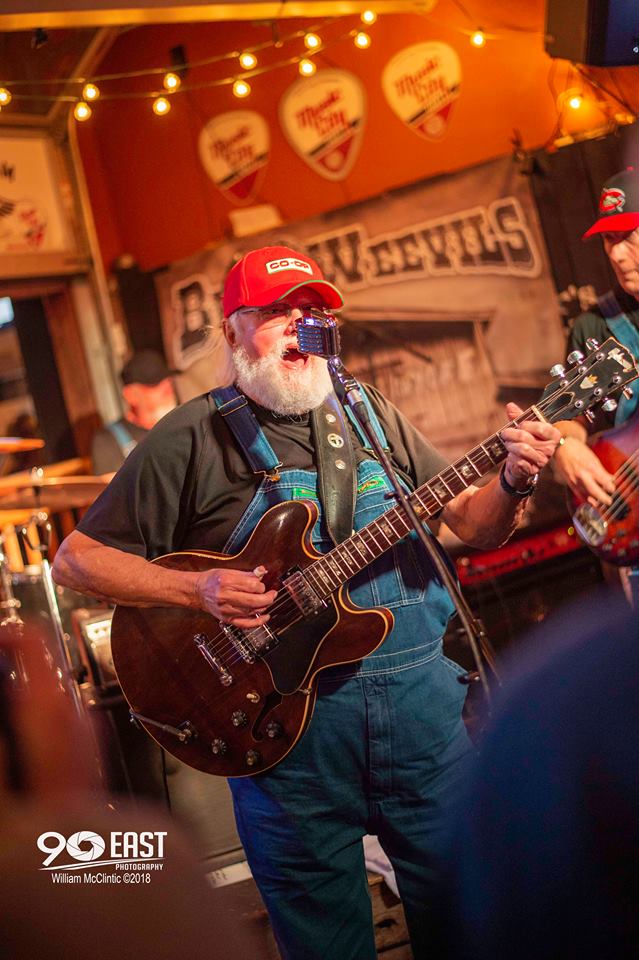 They finished off strong with that song that started everything, “Mudcat”.  This song is nothing short of fierce.  If I’d been standing in front of Daniels rather than off to the side, I might have been a little afraid to look him in the eye.  He sings this one with just enough snap in his voice to make you step back.  It’s that good!

Don’t wait another minute.  Go get yourself a copy of Beau Weevils – Songs in the Key of E right now!

Charlie Daniels was kind enough to speak to the media at this event.  Here is a transcription of that press conference.

NOTE:  This press conference was held in between the second-to-last and the last song in the music set.

Press:  Charlie, you have a book coming out next week.  How do you choose the Bible verses that go along with the stories in your book?

Press:  You’ve known James Stroud for decades.  What made now the right time to do the Beau Weevils?

Charlie Daniels:  Well, ever since we met at Abraham Lincoln’s inaugural (crowd laughter), to be honest with you, we’ve just been looking for a means to an end.  We’ve been looking for a vehicle to get together and do some work because I wanted to work with James and he wanted to work with me, and every time we’d get together for the last 15 years or so, “Let’s do something”, but we could never find time to do it.  This next song we’re gonna do for you is called “Mudcat”, and once I started writing this song that was the vehicle.  That was the one that inspired me to go on and do the rest of the tunes.  We ended up with ten tunes, got these guys to stay on stage together with me and went out and cut this record.  I love it.  I love the record.  I loved doing it, it was so much fun.

Press:  So, what part of the creativity does this feed?  How does this (inaudible) the CDB (Charlie Daniels Band)?

Charlie Daniels:  Oh, I still have it.  It has no interruption at all of the CDB.  In fact, I’m leaving town tonight to go down to Houston to play some music with them.  This is a special thing.  This is a dream come true for me and it’s the kind of music I was raised on.  This album has a lot less of the technical things that are usually done on records and that sort of thing.  It’s very honest, very, very human and it’s very, very fun.

Press:  I just wondered is this group going to tour at all?

Charlie Daniels:  Probably?  Well, we don’t have any plans for it.  I don’t know.  We may do some dates.  I don’t really know.  We’re just taking this thing one step at a time.  We cut the record, we did the party to do this, we’re just gonna see where it goes from here.

Storme Warren (emcee):  So, was I little premature in announcing this was the debut inaugural concert of your farewell tour of the Beau Weevils? 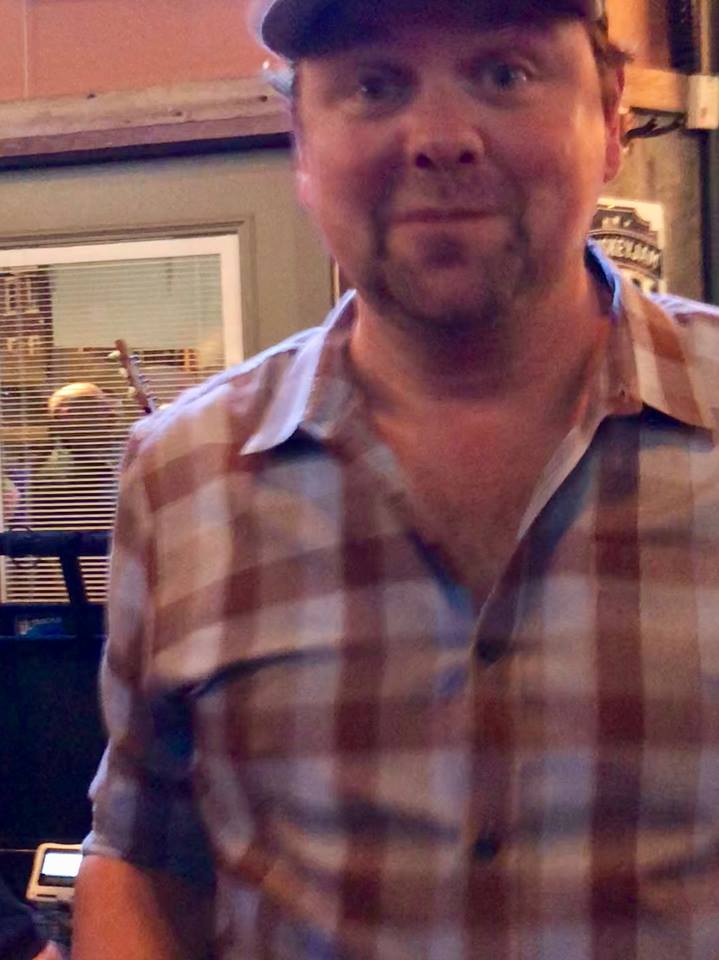 Charlie Daniels:  I would think so.

Press:  Merle Haggard once said that you should record a song when you’re hot on it, right after you write it and you’re still hot on it.  What’s your approach?  Do you have a similar approach to the songs that you write?

Charlie Daniels:  I really don’t.  I think that this particular album wasn’t hard because we had a theme going here and once we play this next song for you (“Mudcat” was played right after the press conference) you’ll see where it all fits together.  This song is called “Mudcat”, and I write all the story songs and this is a fictitious story.  If you know the story about Robert Johnson going to The Crossroads, this has to do with a third-party observation of that, but it kind of set the tone of what we wanted to do.  So, I just kind of went with the following style all the way through.  (Inaudible) got together and cut it, only took about three sessions, three sessions we got her done in a hurry (inaudible).

Press:  This particular album, what was the inspiration behind it?  Did you just want to work together?

Press:  Charlie, I wanted to ask you about your support for the Veterans and I wanted to thank you.

Charlie Daniels:  Thank you, I appreciate that, I’m very sincere.

Press:  I just wondered if we could talk about some of your R&B heroes that you grew up listening to.

Charlie Daniels:  I dedicate this album to BB King.   As far as I’m concerned, he personified what I think of when I think of Delta Blues.  Now, you can go way back beyond that.  You can go back to Lightnin’ Hopkins and Blind Lemon Jefferson and all those guys, but BB, to me, fits my taste.  The kind of Delta Blues that I really enjoy.  I liked all the old R&B sounds, I liked it, I came up on it.  I liked Fats Domino and Little Richard and all those people, so many people I remember.  I was heavily influenced by that music because when I first started playing in clubs that was the popular dance music of the day and that’s what we played.  So, I spent a lifetime doing that. Most anybody you see, most any musician you see that’s been around very long has played a lot of nightclubs and beer joints and taprooms and skull orchards and whatever, and they play the music of their era.  My era was back in those days.

Press:  I couldn’t help but notice the overalls.  Can I just say, that y’all are looking sharp.  Did you go shopping together for those overalls?

Charlie Daniels:  No, actually one of the girls in the office got ‘em all and passed ‘em out, but no, you know, this whole thing came together very naturally.  We got the material together, we got the session, we booked the session, we got everybody out, started playin’, the name of the band, the Beau Weevils, just came off, a spur of the moment thing.  Also, somebody said, “Let’s go, we’re gonna take a picture in front of the barn.”  So, we got in front of the old barn and what better way to do it than wear a pair of bib overalls and get an old 1945 John Deere tractor for the shot?  So, that’s what we did. 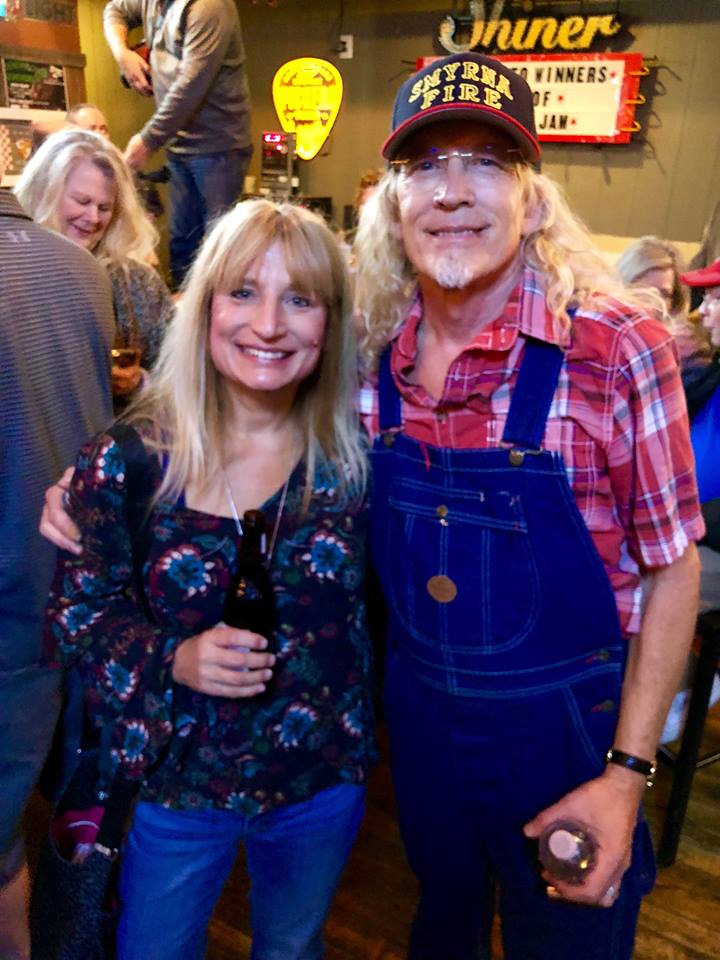 Beau Weevils can be found: