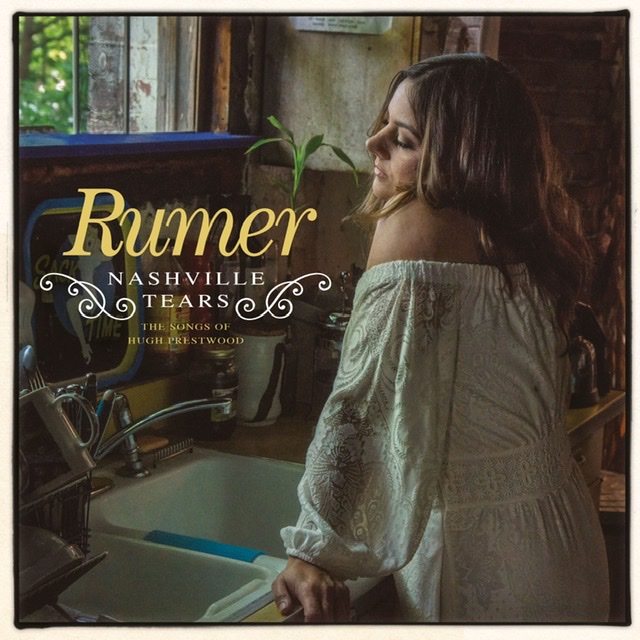 Award-winning British vocalist and songwriter, RUMER’s fifth album, Nashville Tears (Cooking Vinyl) will debut worldwide on April 24, 2020 and kick off her first tour dates of 2020 in the UK in May. With album pre-order, the ethereal “Bristlecone Pine” (ft. Lost Hollow) will be delivered instantly. Pre-order now from the official store (HERE) for early access to concert tickets on Feb. 5, before the public ticket on-sale on Feb. 7.

Rumer has long been enamoured with the storytelling of country music. While living in the American South, away from the international spotlight, Rumer’s passion for musical discovery led her to Nashville Songwriters Hall of Famer, Hugh Prestwood’s work. His songs were the catalyst for Nashville Tears; fifteen of the songwriter’s finest gems, including several never recorded until now.

I can’t wait for more music lovers to discover Hugh Prestwood’s magnificent catalogue. I know without a doubt they’ll be as grateful as I am to have found him,

Those who revelled in This Girl’s in Love (Bacharach & Hal David) and Boys Don’t Cry (songs by male songwriters of the ‘70s) once again benefit from her exquisite taste on Nashville Tears.

The Fate of Fireflies; June, It’s Gonna Happen; Oklahoma Stray; Bristlecone Pine (Feat. Lost Hollow); Ghost In This House; Deep Summer In The Deep South; Heart Full Of Rain;  Hard Times For Lovers; Starcrossed Hanger Of The Moon;
The Song Remembers When; That’s That; Here You Are; Learning How To Love; The Snow White Rows of Arlington; and Half The Moon. (*vinyl track list varies in order slightly) 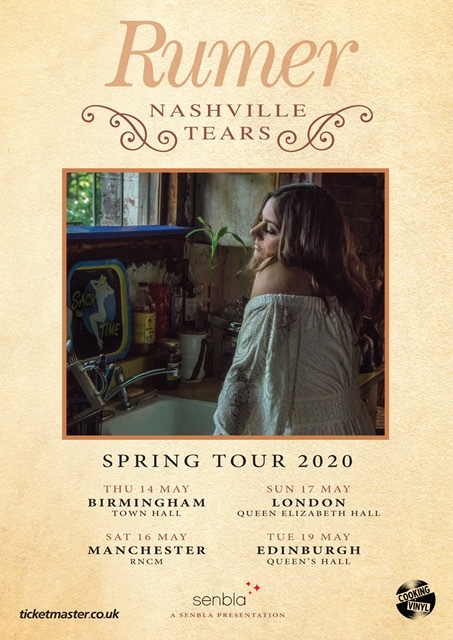 16 May 2020: Manchester – The Royal Northern College of Music

Rumer’s 2010 Seasons of My Soul was one of the top-charting debuts of the 2010’s. Certified platinum (UK & Ireland), it earned her a MOJO Award for Best Breakthrough Act and kicked off a career that has brought praise for Rumer’s own songwriting and “ear” for the songwriting genius of others. Follow Rumer on Facebook: https://www.facebook.com/rumerofficial; Twitter: https://twitter.com/RumerSongs; Instagram: https://www.instagram.com/rumersongs/