Asleep At The Wheel this year celebrate a magnificent 50 years as the chief practitioners, conspirators and caretakers of Western swing, carrying the torch lit by Bob Wills and his Texas Playboys well into the 21st century, influencing their contemporaries as well as the next generation of artists inspired by the great bandleader. 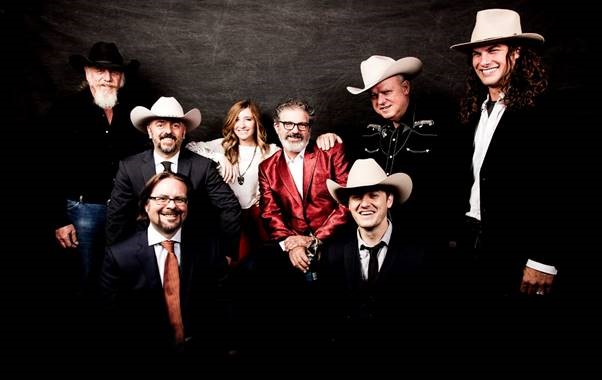 Current circumstances have necessitated a rescheduling of the band’s 50th anniversary tour, which will now take place in August and September as follows:

During their long and storied career, Asleep At The Wheel has released 31 albums, charted more than 20 singles on the Country Charts and won 10 Grammy awards, an Americana Music Association Lifetime Achievement Award, Academy of Country Music Award, Austin City Limits Hall of Fame induction, and racked up millions of miles on the road. The band has collaborated with a wide range of musical guests including such veterans as George Strait, Willie Nelson, Dolly Parton, The Manhattan Transfer, Merle Haggard, Huey Lewis and Garth Brooks as well as young roots artists like The Avett Brothers, Old Crow Medicine Show and Amos Lee.

Most recently, Asleep at the Wheel has been invigorated by a fresh new line-up and the release of New Routes, their latest album that is a bracing blend of original songs and vibrant cover material along with some unanticipated new musical tangents.  Asleep At the Wheel have demonstrated convincingly, that they are more relevant, enjoyable and musically nimble than at any time in its 50-year history. The 6’7” Ray Benson has been the one constant in Asleep At the Wheel since 1970.  He notes, “I’ve been told that I’m relentless, so I guess I am….  I’m just doing what I believe I’m meant to do — I’m singing and playing and writing better than I ever have. My role and concept of leading a band has never changed. It’s gathering the best musicians I can find or convince to play to the best of their ability, and I just try and make the best decisions possible and kick some ass every night onstage. I’ve made it this far and don’t feel like I or the band will be slowing down anytime soon.”

Benson has been the one constant in Asleep At the Wheel since the band’s inception in 1970 in Paw Paw, West Virginia. Since that time, more than 100 musicians have passed through the Wheel, but Benson remains the front man and the keeper of the vision.

SCOTTY McCREERY POSTPONES UK AND IRELAND CONCERT TOUR FROM MAY TO...