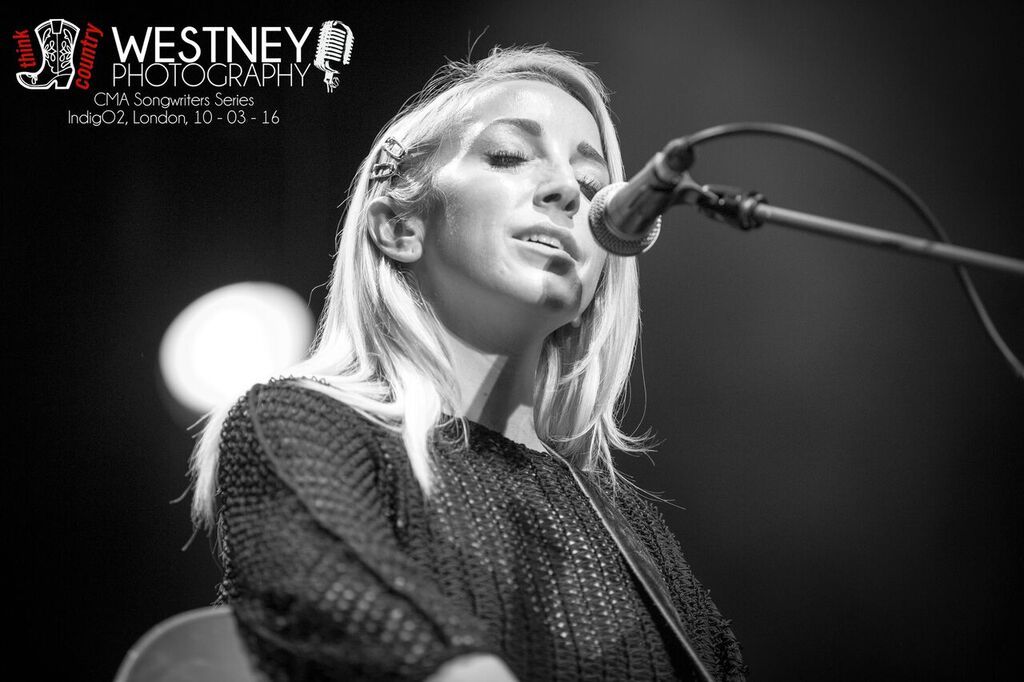 After years of pleas (from UK fans) and promises (from Ashley and her team), Ms. Monroe finally made the trip to the UK and Ireland last month at the 4th annual C2C Festival. In addition to the Yamaha Music Stage and various other pop-up stages throughout the weekend, Ashley also played the CMA Songwriters Series, and her own (sold out) headlining show at Bush Hall. Needless to say she went down extremely well, but we got a chance to talk to her about her trip on the morning of her main arena debut, March 11th.

Is that the reaction you expected [at the CMA Songwriters Series]?

I would say that was probably better even than I expected actually, the reaction last night, because it was such a large crowd but everybody was listening. That’s hard to keep, you know, [that] everyone is still and quiet and attentive for that long. It was a long show.

If people are quiet it’s not that we’re being rude, it’s just we respect you and we want to sit and listen.

And you could feel that though, you really could, because I don’t know, everyone was so attentive. Nobody was looking down or talking to each other, and [Shane McAnally] was so correct in saying that you all respect us more than we know, because any anxiety that any performer has is about how the crowd will be, and we think about it a lot. So it’s nice when you know, [that happens].

Your name has been on the ‘wanted’ list for coming to the UK for such a long time. So what made this the right time to be coming over?

I think definitely this festival helped, you know, that the CMA is putting on, this thing. It’s like, “Okay, this is perfect timing for my first trip over there and to get a feel for it, they can get a feel for me that way,” but I was really ready. I’d been thinking about it and asking for a while but I’m really happy I’m here now.

Had you been here before to travel or…?

Tell us about Third Man?

Jack White, I’ve known him for at least ten years I would say, and I met him in 2008 – eight years – so he and I have done different things together. I was singing on one of Wanda Jackson’s records that he produced, and went on tour with Third Man [Records] and Ruby and Wanda Jackson. Since we started working together we love collaborating on different things, and [the Live At Third Man Records project] came up and I’d been to Third Man, it’s the coolest place, they sell vinyl and they have one of a kind of everything. I don’t even know what half of it is, it’s so rare. They said, “Why don’t you come and do this live, [for] vinyl to tape recording,” and I said “Oh that’s great.” And then the closer it started to come, I realised I’m singing live and there is no redo button, you know. So I walked in and it was like a big – everything was for me and that was even more pressure, [having] a party and the food and the wine and all, and the crowd, I’m like “Uh oh. I’ve got to sing live!” But I think I pulled it off. I see it’s for sale; I haven’t listened to it all the way through but I think it’s – my mom says it’s really good.

So are you working on a new studio album as well?

Not right now; I’m writing a lot. I always like to say ‘incoming’ because there’ll come a time, like last year was a lot on the road and a lot of promotion for ‘The Blade’, and just a lot of stuff last year. This year it’s like the songs about all the stuff we’re coming in. So I’m just writing a lot right now and just seeing where that takes me without having a firm plan.

Do you have to be quite disciplined when you write?

No I’m not – I do not – I mean I will schedule writing appointments and that, but I don’t get mad at myself when the song isn’t coming. I would say it’s relief when they do start coming, but I hear them so much that I don’t really worry about it. They let me know when they need to be written, for the most part.

I always remember Brad Paisley saying that the difference is, if you play in America they will sing along with your hits, if you play in Europe they know every word to every song on every album.

And I love that. And the good news for me is I don’t really have a “hit” so all my songs are album cuts, so they hopefully know all of them.

It’s funny, I would automatically say some of them are hits; maybe it’s just that we hear them a lot on the radio…

Maybe they’re hits over here, maybe I have – I need to research my hits over here and see what I need to be singing most. Even last night I had no – I mean, I wrote down some ideas just so I would have something in my head to do, but I didn’t do half of the ones I wrote down. I like just feeling the crowd and I was told that same thing that, “They’ll know your songs, and they’ll listen whether they know them or not.” It’s really rare. Like I said again, especially for a crowd that large, they didn’t care, they were just listening.

So what’s your gig going to be like next week? What do you want [fans] to take away?

I would think that I’ll be pouring my heart out, that’s for sure. Songs about real life; it doesn’t matter where you’re from, who you are, I think you’ll relate to them in some way. Just the East Tennessee girl pouring her heart out over here.

One minute you have our hearts and it’s a real meaningful song, and then you are singing something that makes us laugh, and it’s kind of a real journey listening. Is that how you feel when you’re writing it and you’re putting your album together, you’re kind of thinking of a journey or…?

I like to have some comic release; I’ve experienced a lot of dark things, and thank God I have a sense of humour because really it does help you deal with all the heartache – if you can laugh about it. For me that’s been so important, so I like putting that humour in songs and getting people tickled that way, and then ripping their heart out in the next one, and then…

Yeah, you have to laugh. I know that’s how when I come off stage I’m exhausted, because when I’m singing them I’m feeling a hundred percent whatever I’m singing. It’s probably obvious because my eyes are closed and I’m getting… so when I get off stage, like last night because I sang so many different kinds, I was off stage and I was like “Oohh” and I hurt so. Then Lori would sing something that would rip my heart out and Shane and Charlie, everybody was singing one that would tag on my heart, so not only had I been pulling at it but everybody else had pulling at it.

Do you enjoy those kinds of songwriter nights?

I love it, I love music so much that I love hearing what they going to sing, it just feels like the best of the best. I’m glad that that was my first show too; it’s like a good warm up for everything.

And tonight of course it’s the big arena so – yesterday you weren’t sure whether to stand or sit. What’s it going to be today, is it going to be standing there, rocking it out or…?

Yes, I’m going to be standing for sure. Do [sic] you notice that I sat on the first one ‘Like A Rose’ and I was like, “Got to get up.”  It’s so – sometimes on those rounds when you bend forward and your mic’s here, and I’m just so clumsy anyway – I was like, “I’m going to stand up, breathe better…”

And obviously we can’t talk to you without mentioning Miranda [Lambert]. As much as people see you both as artists, people really appreciate your friendship and you can see that. I think that’s such a nice thing.

It is. It’s rare, I know for me that’s the only friend that I’ve had that long that’s – it’s just like a sister, our relationship [and] it’s her first time over here as well. It’s good that we have each other you know, like a trip for us two.

Which is just lovely. And so what about being in England, have you – are you used to the accents and the food? Is there anything that you didn’t expect?

Everyone is so kind. I’m telling you I love everything! I don’t know, it’s so charming, even when we walked around. I was making myself stay up late the first night so I wouldn’t fall asleep and all, so Miranda and I are walking around, taking drinks, and I don’t know, I was just – everyone had it together, everyone was polite. I said, “I can’t believe how quiet it is for like a big city and so many people out,” and even [though] there was a group, a bunch of drunk people, they kept to themselves. I love it here, I really do. It’s super clean, the buildings are a whole other different level of old, which I love, and the shopping – I’ve already just begun, we have a day off here so God knows what it’s going to end up with…

So do you think the plan is maybe you’ll come back to Europe and do some more [shows]?

We don’t have a plan but I would assume yes. We don’t have a plan [as to] when, but I already can tell I’m in love and I can tell that we have a soul connection. My fiddle player is from London actually, well his family is from Ireland but he’s in London, and he and I get along so well. It’s interesting, you know, me being from the Appalachian Mountains and he’s from over here, but I love that dry sense of humour and I really get it. 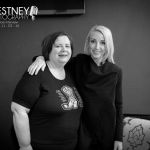