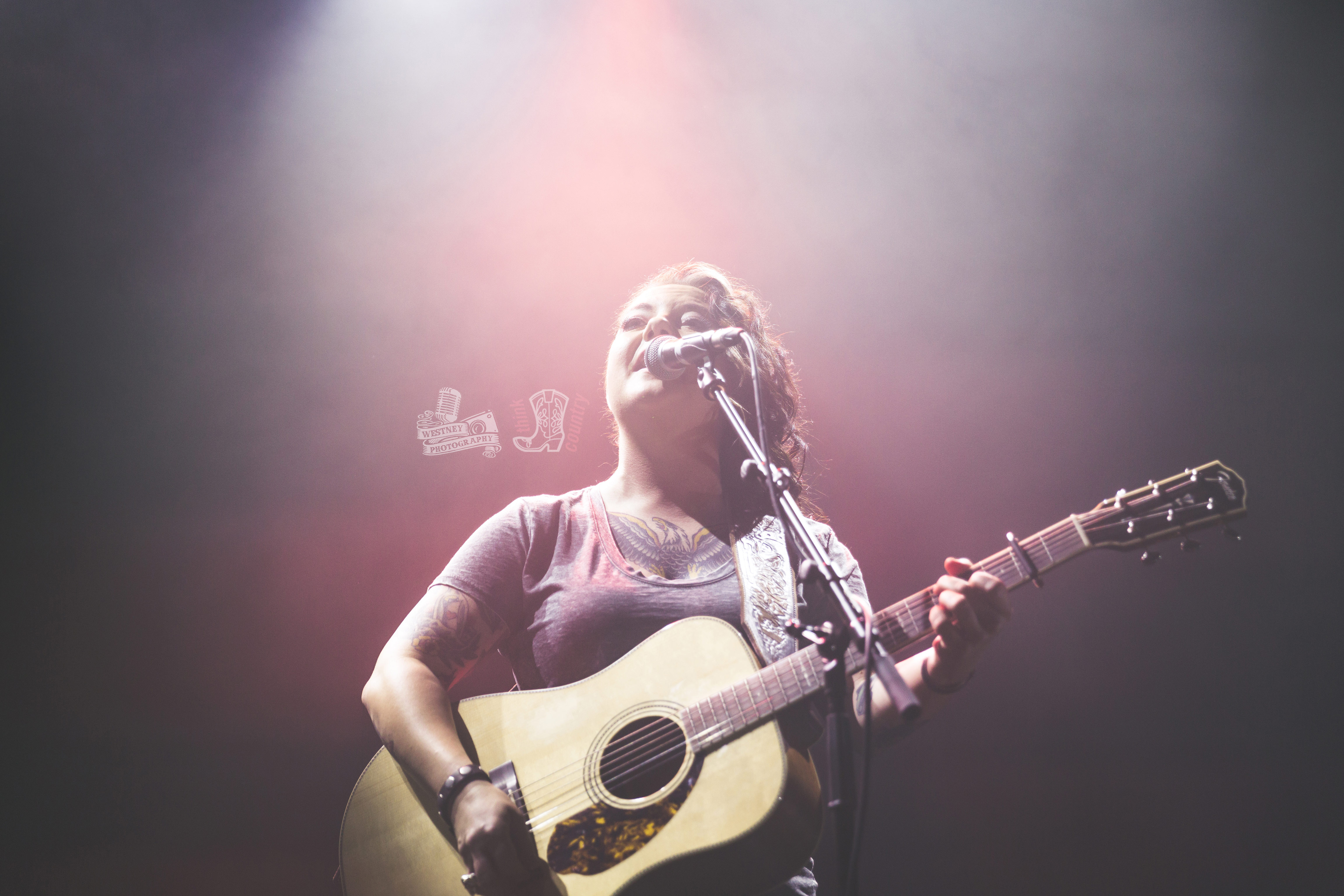 A sold out show, an 850 strong audience, packing out the Islington Assembly Hall in London all eager to see Ashley McBryde walk out on stage. There was chatter, there was excitement and it soon erupted into cheers and applause as the lady of the hour stepped out into the spotlight. She addressed the audience whilst having a quick line check just to make sure everything was in order before she opened her set with her first song, Rattlesnake Preacher. Kicking right off into and upbeat, foot stomping track the audience were clearly hooked from the get go.

McBryde let the audience know that she had not written a set list for this evening but she sure as hell wasn’t playing the same set she had been playing for the past week, supporting Luke Combs. So she pretty much made up her entire set on the fly and used the time she had to talk to us and let us know more about the songs as well as playing some of her favourite tracks.

She kept the tempo up with Radioland up second and then proceeded to play a request that someone in the front row had yelled out over the crowd, Andy (I Can’t Live Without You). 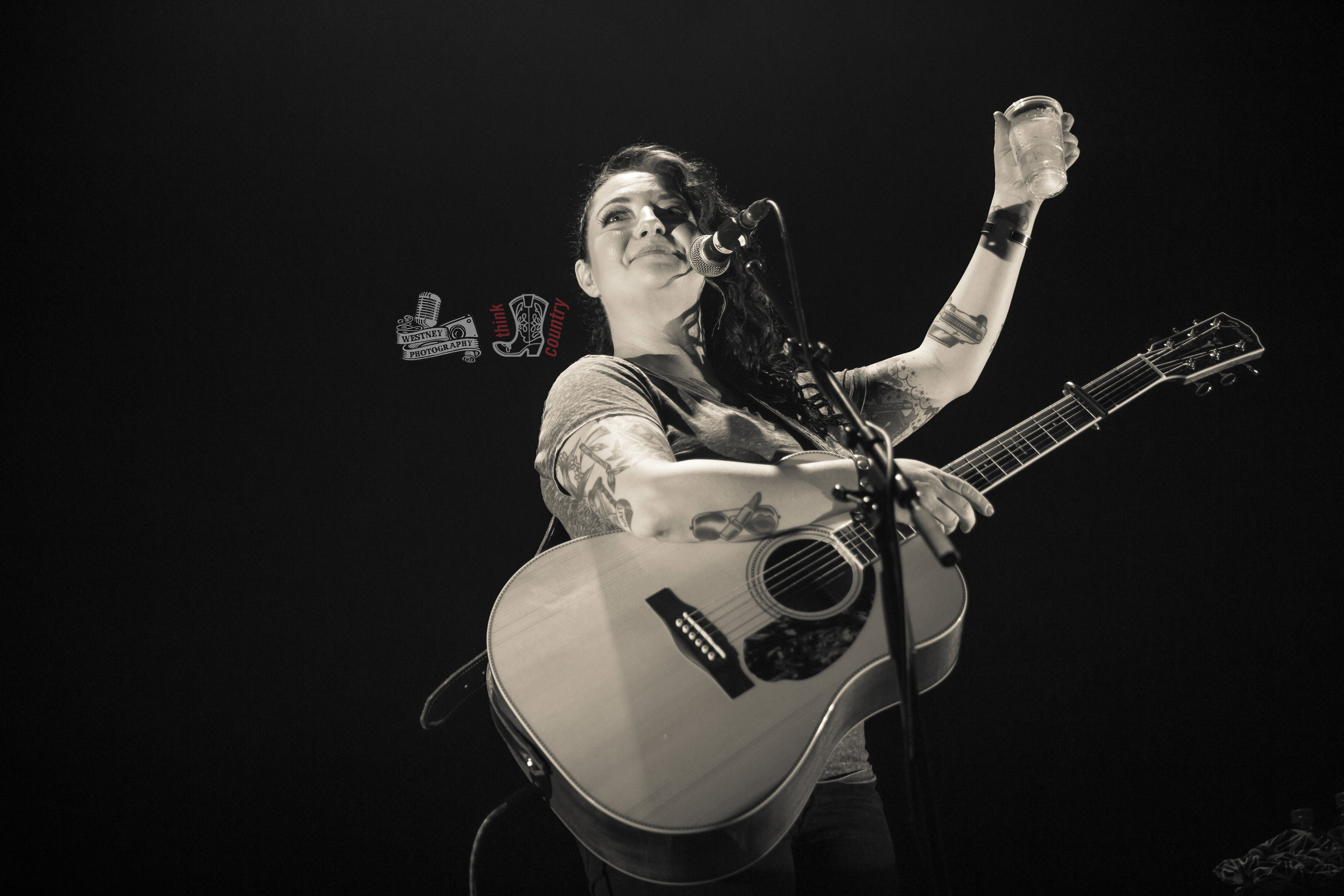 Throughout her set she also included a few cover songs from some of her favourite artists from Guy Clark, John Prine, Maggie Rose and Travis Meadows. She seemed to be revelling in being able to share her stories and loves with such an attentive audience. That is one thing I think all American artists enjoy when they tour over here is that the UK audience really appreciates the storytelling and the chit chat between songs so it gives the artist a lot more free reign.

Although McBryde has only released one album since being signed with Warner Nashville a quick search on Spotify or another other online music store or streaming service will show she has a little more history to share. As such tracks such as Bible and A .44, Better On The Water, Luckiest S.O.B and, my personal favourite, Fat and Famous also featured in the evenings set.

Standing on that stage, just her and her guitar, Ashley kept the show going for almost an hour and a half, sharing with us funny anecdotes and stories to accompany the songs. For example that she ones got told the line in John Prine’s ‘That’s The Way The World Goes Round’ was in fact a happy inch of water rather than half an inch of water and or good measure she made a little word change in the final chorus of the song. She also shared the story about her high school reunion and how she wrote Fat and Famous specially for the class president of her graduating year, I think we all knew this girl at school…!

Ashley McBryde is a born performer, she is clearly competent on guitar but doesn’t ever labour that, she plays enough and what is needed to accompany her songs, letting the lyrics speak to her crowd. When she is on stage there are no airs and graces, its just a down home Arkansas girl with her guitar telling us some stories, this in itself captivating. Vocally McBryde shines for me as one of the strongest in country music today and she has more than proved herself in the short time she has been in the spotlight in Nashville. 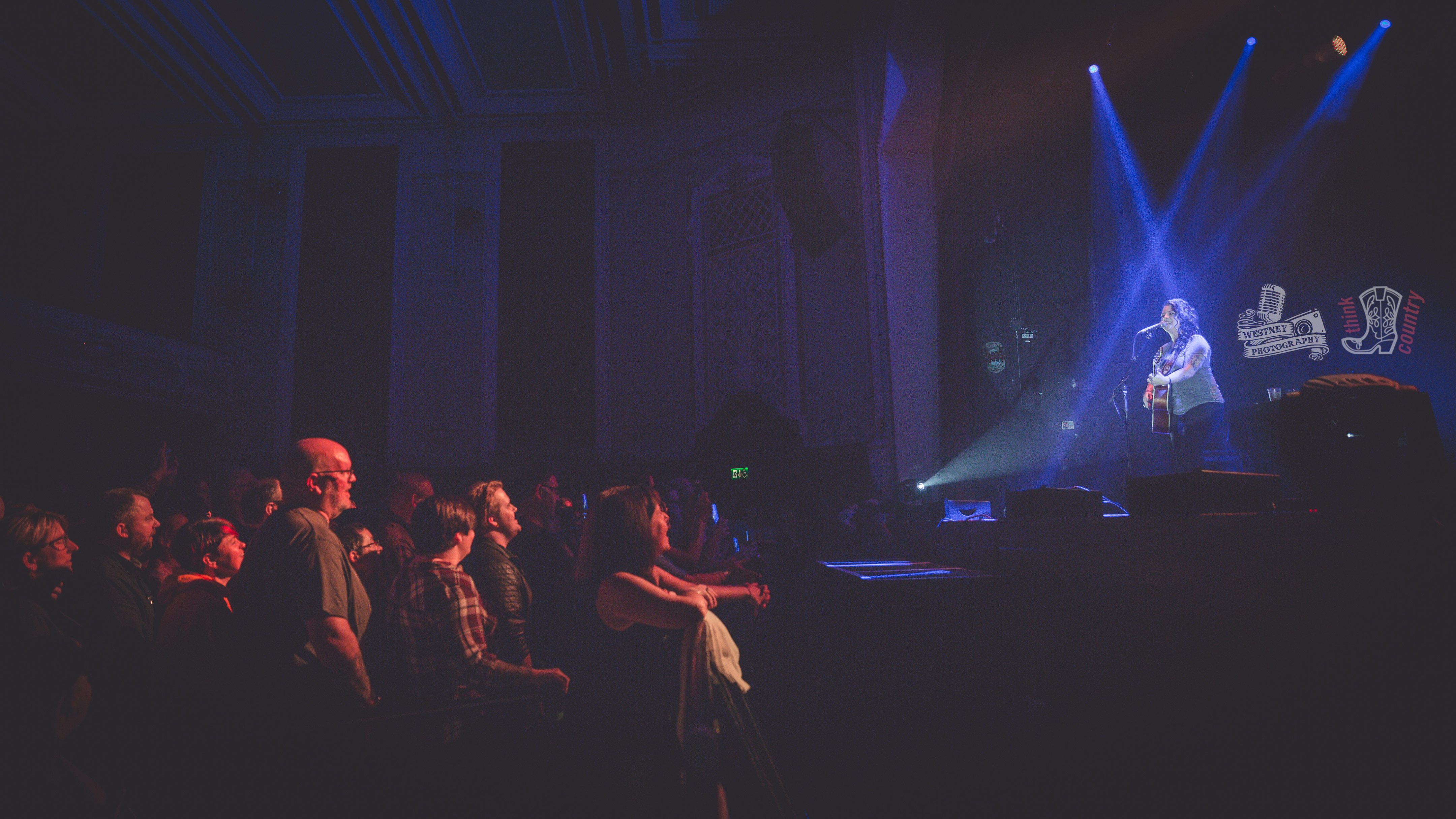 If you have not yet had the chance to catch this lady live then I implore you to do so as soon as you can both here in the UK and in the US.

You can find more of Ashley’s tour dates on her website:

A Think Country/RiverShine EXCLUSIVE FOR OUR FANS