With the buzz of her C2C performances still flying around in everyone’s minds I walked down into the Borderline in London expecting to see a packed out room for Ashley McBryde. Despite the incredible response she received at the festival the venue ended up being maybe only 3/4 full, far from what this lady deserved! A show on the Monday right after the festival is always hard with many living outside of London having to travel home and this show also competing with Midland playing just a few miles away. Regardless it was clear that everyone who was in this room was going to enjoy the show. With Una Healy opening up the show, followed by Ryan Kinder they had the audience warmed up and ready for Ashley to come and play us a few songs! 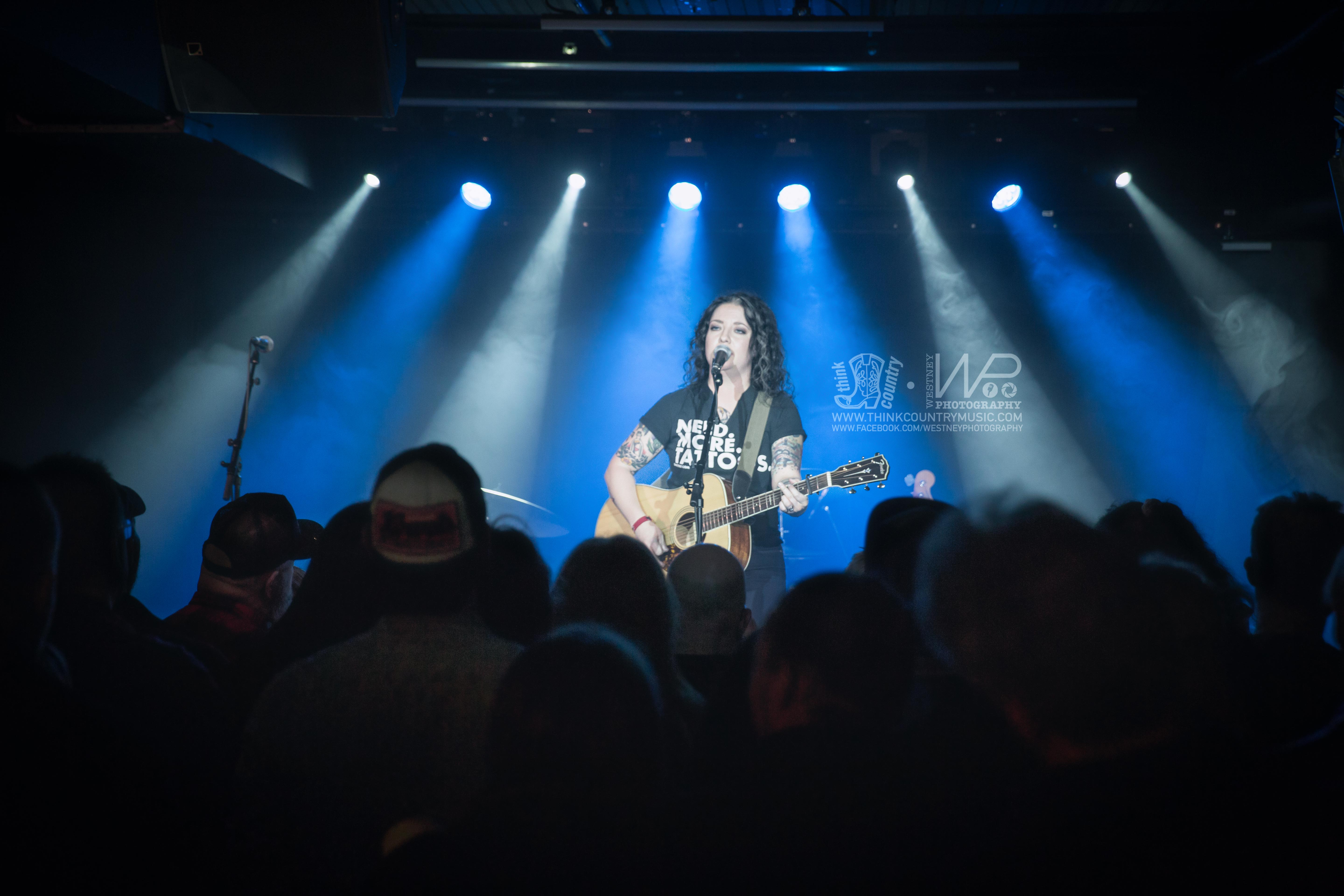 She walked out on to stage with just her guitar as she set a precedent for the rest of the show with ‘Rattlesnake Preacher’. Her vocals strong and it was clear she meant business up on that stage.

As she finished the song the crowd erupted in applause and cheers, the rawness and truth to McBryde’s vocals draw you in like a fish on a reel and there wasn’t a single person in that venue who wasn’t caught hook, line and sinker! After she had addressed the crowd Ashley moved on to play her latest single ‘Radioland’. For those you reading this in the US, there is something very different about our crowds here. Country music is growing but it is still not mainstream, it is not that easy to find or to listen too, with only a handful of radio stations that you can tune in to. This means the audience here takes to places like iTunes, Apple Music, Spotify etc… and they know every word to every song. Even though Radioland had only recently been released at this point there was not a single person not singing along to every word. I can only begin to imagine how Ashley must have felt standing on that stage with that crowd reaction. 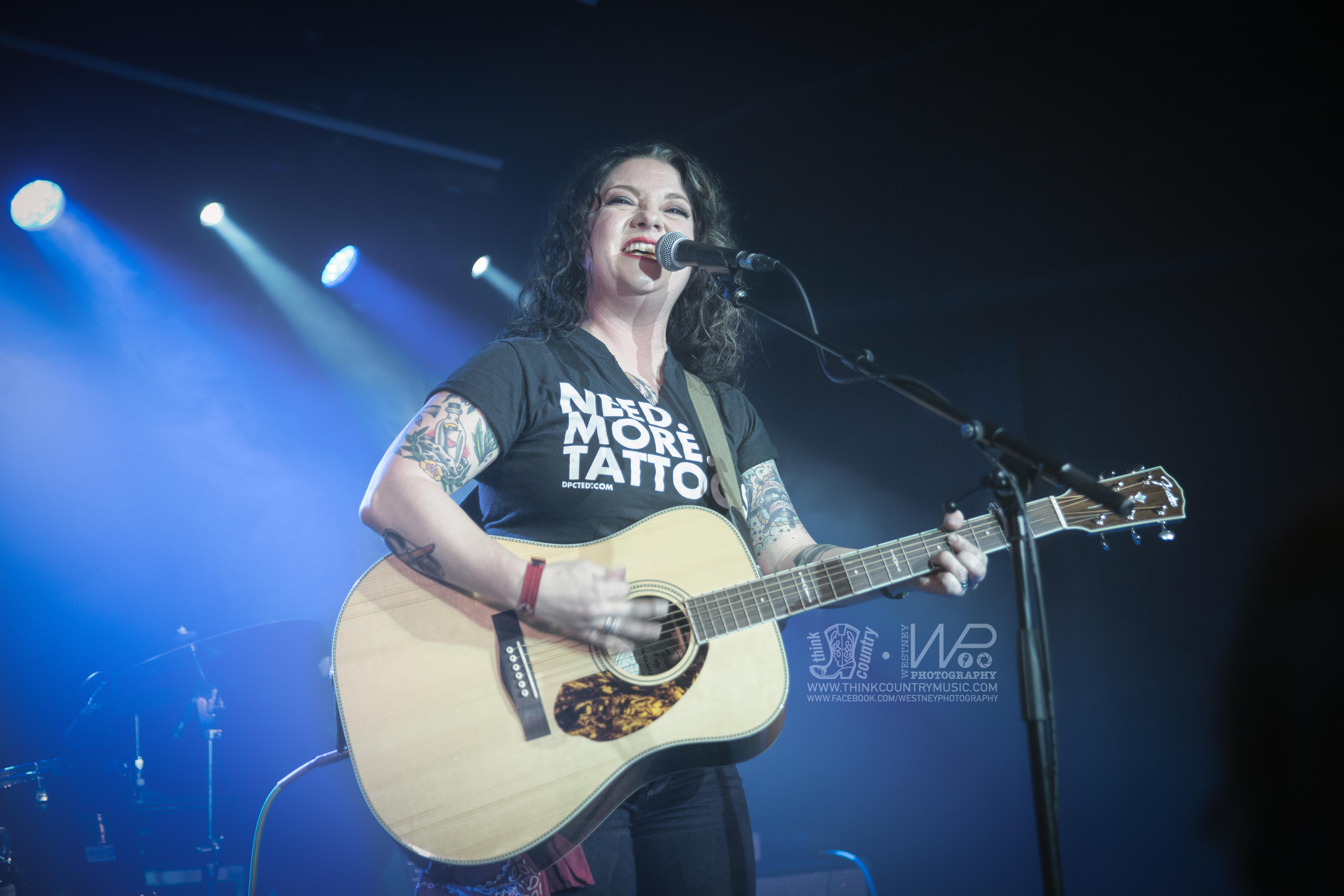 It’s clear that McBryde is an artist that thoroughly enjoys being at one with the audience, she has story upon story that will make you, smile and laugh before you find yourself with a tear in your eye. That was exactly how it went as she told the audience the story of Bible and a .44, a song written about her dad.

…I sat down to write a song in spite of him, instead it was a song about him…

As she played the song it wasn’t long before yet again the whole audience, myself included, was singing at long to every word. As she finished the first chorus she stepped back from the microphone, mouthing ‘wow’, you could see she was taken aback by the response, it was so loud you almost couldn’t hear Ashley over the audience. She reached the line ‘it’s ‘cos I’m golding more than strings and wood’, she tailed out towards the first line letting the audience sing along and finish the reprise of that line before saying ‘holy shit!’. She told us about how when the recorded the song originally it had an extra verse that was too long for the record, but we weren’t on a record anymore so she would play the last verse.

She finished up the song and I can’t begin to tell you how honoured I felt to be a part of that crowd. It’s not often I see an artist that oozes such raw, unadulterated truth when you see them perform. For me, Ashley McBryde encapsulates what Country music is all about.

After a heart-wrenching performance it was time to bring the mood back up with a little story about her high school reunion. Ashley got a call from the class president, ‘hey, so do you still do that music stuff?’, to which her response was yeh I do that ‘music stuff for a livin’!’. She was asked if she could write a song for her reunion and then play it at the event, so in true outlaw style she went on to write, one of my personal favourites, Fat & Famous.

I feel like I should gloss over some songs to make this review shorter but the whole show was so notable it seems wrong to do that! So on to the next track was a cover… but not any old cover… She chose the most kick ass of all cover songs, the one that only a handful can pull off…. I’ve Been Everywhere by Hank Snow. 91 place names and a whole lot of fun! 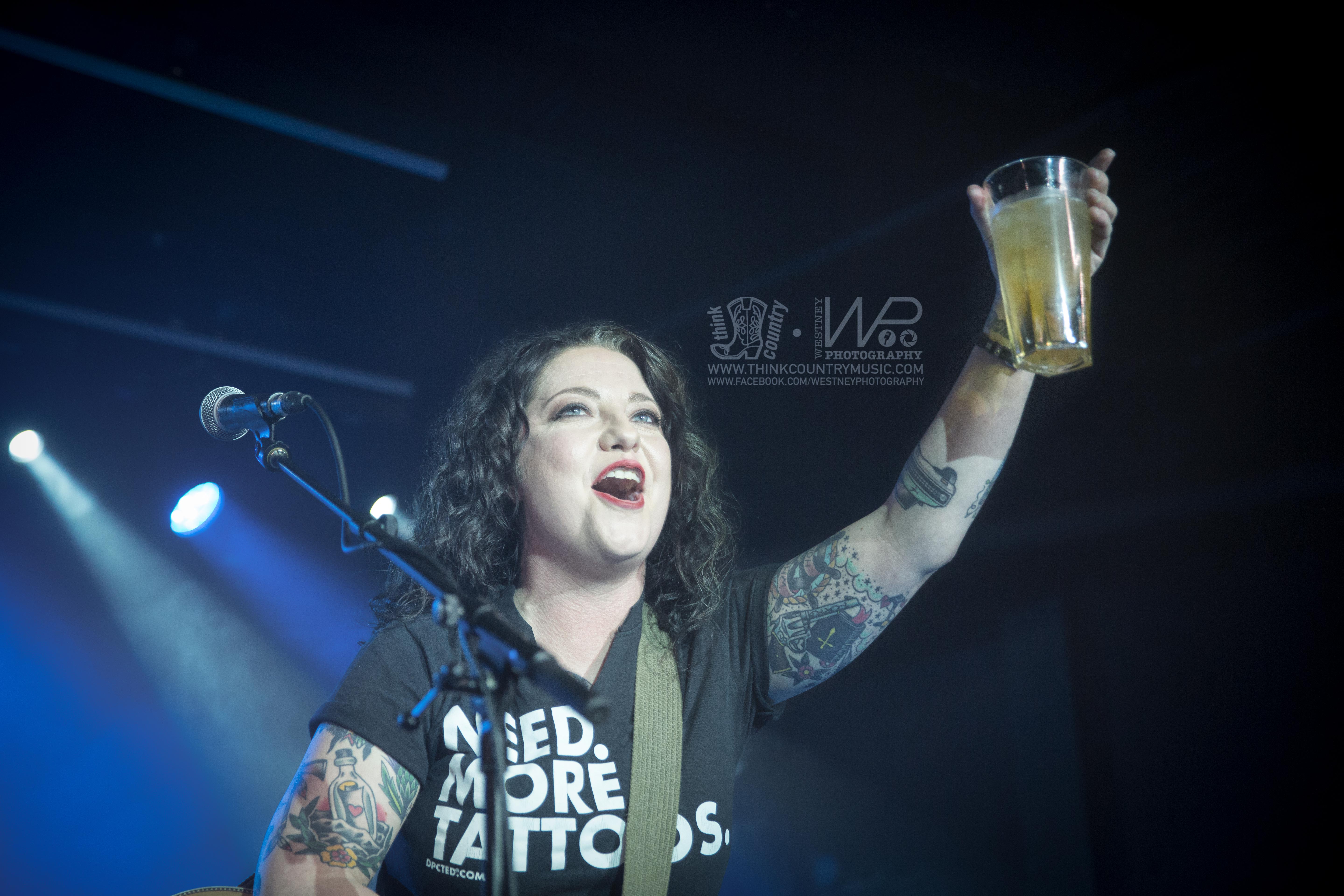 Next, the song that put Ashley under the spotlight to a global audience. Her first single released with Warner Brothers. A Little Dive Bar In Dahlonega, once again an audience favourite, though I’m not sure there has been a song that hasn’t in the show so far!

The set had finally come to a close as McBryde broke into American Scandal. The whole place was just hoping and praying there would be more as there was another eruption of applause and cheers from the crowd.

As with all good shows though… of course there was more! However it became an encore featuring her earlier support Ryan Kinder, both signed to the same label, they clearly had known each other for a while and it showed as they were on stage together. It was very impromptu as they finished the night off with three songs, decided right there on stage. I Can’t Make You Love Me, Tennessee Whiskey and Can’t You See.

This show was first class and for any who did not make it out for the evening I hope that they have learned their lesson and have tickets when Ashley McBryde returns to the UK later this year supporting Luke Combs as well as playing a few solo shows of her own.