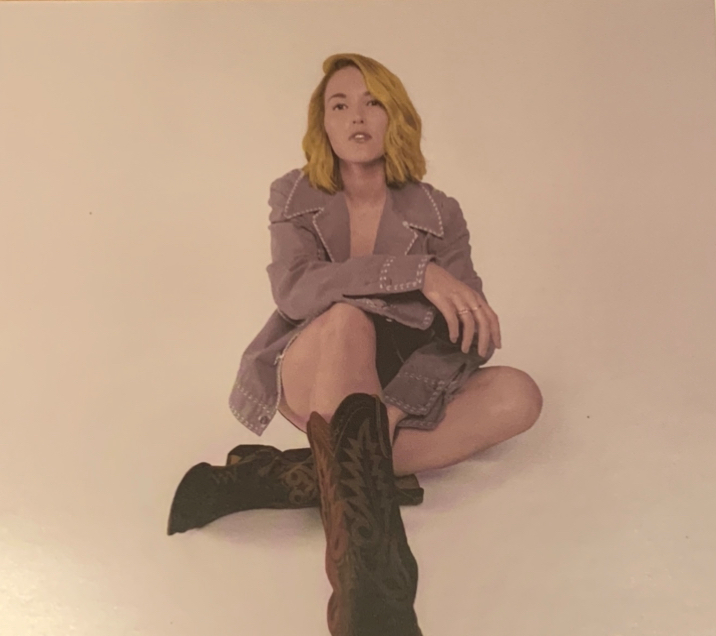 ” Something Lovely” is a very fitting title for Ashley Campbell’s new album, released in the UK, Ireland and Europe on 9th October via Vacancy Records , as it really is a stunningly beautiful collection of songs with a very dreamy, etherial feel throughout. Actually, by calling it a “collection of songs” I’ve done a disservice to Ashley who is someone who has talent for selecting tracks which fit together as a complete body of work, something she demonstrated on her well received debut, the more jangly pop/country sounding ” The Lonely One”….like me she is a big fan of albums in vinyl format, being listened to from top to bottom with no ” shuffling” .

While both albums pay homage to her traditional country and bluegrass background, Ashley’s eclectic musical tastes filter through in different ways on both albums.

The original songs on this new project were written over a span of roughly ten years and recorded in just ten days in late 2018/ early 2019 with in demand songwriter/multi-instrumentalist Kai Welch, a recording artist in his own right, at the helm as producer this time around (he is also credited as co-writer and musician on the album).

Having spent time rearranging her team Ashley planned for a release date earlier this year which was frustratingly thwarted of course, but at least a lot of us have more time on our hands to listen to new music at the moment. ” Something Lovely” sees her working with many of the same musicians as on her debut including her Godfather, the legendary Carl Jackson, and as was the case on her first release the pair’s breath-taking banjo duetting is again rewarded with an instrumental all of its own, here it’s courtesy of the track ” Moustache Man” . Amazingly this was a spontaneous write, the title coming from the shape of one of the pearl inlays on Carl’s banjo neck, and apparently there’s a video to accompany the track set to be revealed very soon. The breath-taking strings you frequently hear and which are a massive part of this atmospheric album are courtesy of Ashley’s good friend Eli Bishop…… just listen to the title track for example, there’s a few soaring bars towards the end reminiscent of Barry White and the Love Unlimited Orchestra, so beautiful !

Ashley’s sweet, emotional vocal delivery has a hypnotic effect at times, perfectly drawing the listener’s ear to the very moving and thought provoking lyrics which are evident in abundance. There’s some gorgeous harmonies too, none more so than those provided by the wonderful Vince Gill on ” If I Wasn’t”.

The most recent single to be lifted from the album pre-release, you can really hear the angst as their voices blend so beautifully to describe this very relatable ” heart over head ” dilemma which sonically could have been lifted from a Clint Eastwood western

This theme of moving on ( well, not moving on if you want to split hairs regarding that last track! ) is explored frequently in different ways throughout the album ….the opener ” Good To Let Go” as the title suggests expresses relief at finally having the courage to bring a relationship to an end, the lilting ” Forever’s Not that Long” is a rather cynical but truthful warning to an ex’s new partner about them making vows they don’t keep, and in ” Suitcase Heart” ( one of my favourite tracks ) Ashley sings of avoiding heartbreak by never staying in a relationship long enough to fall that deeply. ” Moonlight” is a dreamy song in 6/8 with aching pedal steel …she lies awake at night counting the stars reminiscing about being ” lost in the sound of your beating heart ” and unable to ” sleep you off of my mind”, …. such a sensual write, absolutely stunning in every regard.

And of course there’s the incredible title track, a very visual write ( as is the case with so many great country songs ) telling the unfolding story of two strangers meeting in bar trying to forget the past and ” make something lovely of a lonely night” over a few drinks. I love how this song’s accompaniment starts with simple calypso style guitar picking and builds as the song progresses to include some more of Eli’s gorgeous sweeping strings which are reminiscent of a romantic movie soundtrack of yesteryear.

Yes, there’s a lot to move the listener throughout this album in many respects, but I’m sure no one will disagree that the most poignant track thanks to its personal nature is ” Remembering “, written as Ashley together with the aforementioned Kai Welch as her late father struggled with Alzheimer’s related memory loss. Released as a stand alone single a few years back and also used on the soundtrack of the documentary about Glen’s life, ” It’ll Be Me” it will no doubt already be familiar to many fans, but it has been rearranged especially for the album with this new simpler version further highlighting the song’s vulnerability. Another song apparently very personal to Ashley is ” Alice”, written in the aftermath of her father’s passing and inspired by her realising the hard truth that some day she will lose everyone she loves and holds dear…. ” It scares me half to death how much I need you, for I know that time is always running out ” she sings in this beautifully simple love song.

Further honouring her father’s memory, Ashley closes the album with her own take on the Beach Boy’s classic ” Good Vibrations”, Glen having played on the original recording as an ” honorary member” of the band, and it is her late father’s stage outfits which Ashley wears on the album artwork.
This is definitely a very strong contender for my ” album of the year”, if nothing else 2020 has at least given us some wonderful country releases! I feel it fitting to end this piece with some very inspirational words from Ashley which she wrote specifically for the liner notes …..thank you Ashley for creating ” Something Lovely ” and sharing it with us .

” Make a space for light in this world and fill it.
Create something lovely and share it
Take your own vulnerability and wear it proudly for all to see.
No-one ever learned to grow by pretending to be perfect.
Our imperfections are truly something lovely” .