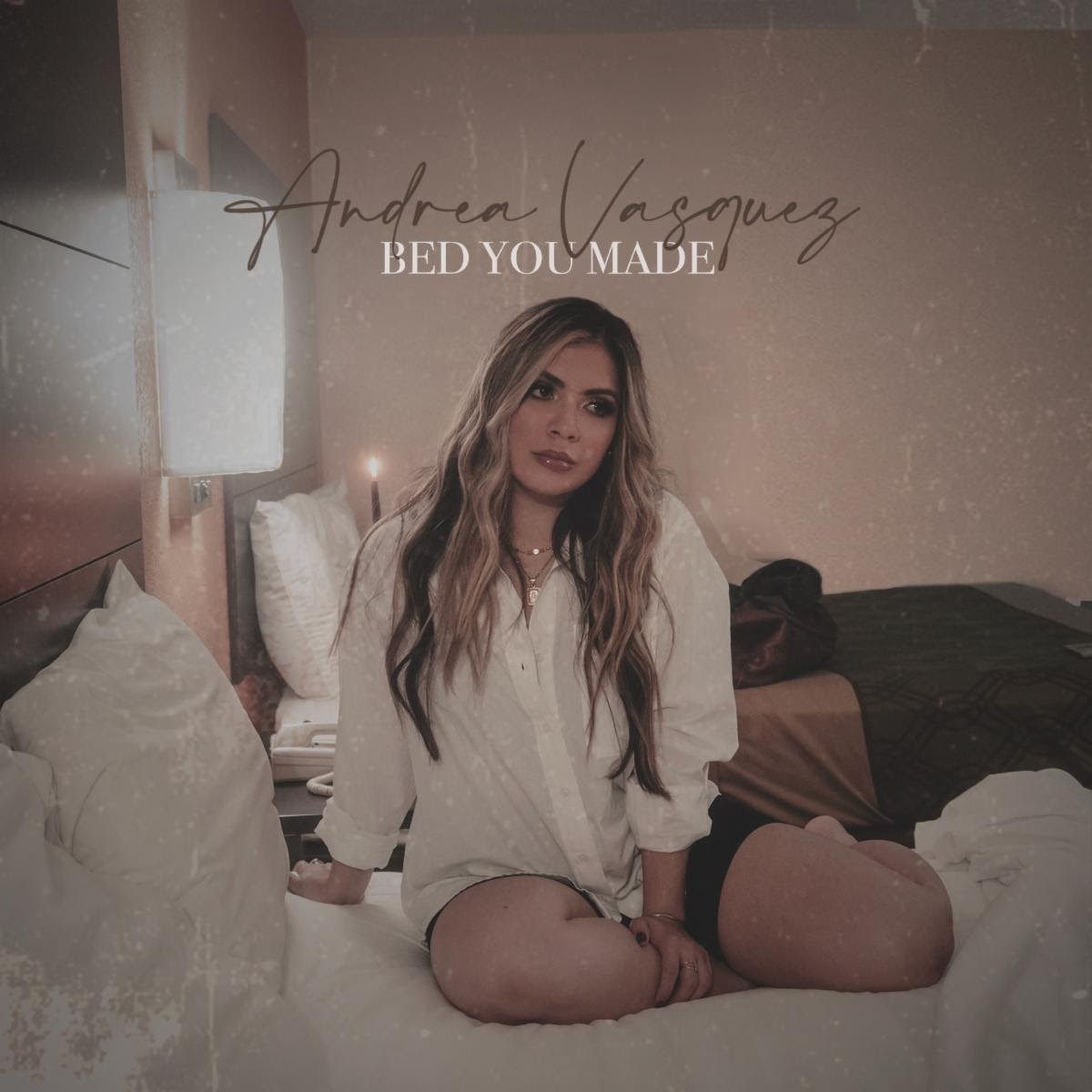 The multi- talented Andrea Vasquez has released a new single and video.

The song is titled “Bed You Made.”   This country-pop song is a very clever.  Writing credits belong to Andrea herself along with Hayley Cardona and Emily Davis. The song’s message is about cheating and consequences. It has a very sassy vibe about it.  Andrea has a powerful voice that can be compared to some of the women that have inspired her like Carrie Underwood, Shania Twain and The Chicks.  Andrea has a unique sound blending country with her Latin-American roots.  This fusion makes for an exciting sound. Which in turn is causing Andrea to quickly establish herself as one to watch on the country music scene.

Andrea teamed up with CMT.com for the exclusive video release.  The video was produced by Emma Kate Golden.  Andrea has said this about her new video: “I think the simplicity of this video told the story of the song in a visual way. I love how it turned out.”  The video was filmed in an old motel in East Nashville that had an abandoned look.

“Bed You Made” was produced by Chris Condon.  Mixing credits go to Ryan Prewitt and it was mastered by Sam Moses.  Following her previous success on Spotify, “Bed You Made” is now available on all digital platforms.