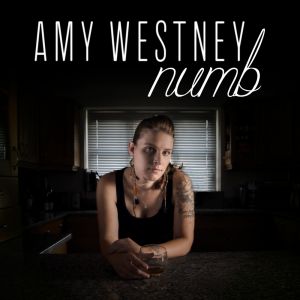 Amy Westney, a name brand new to the UK Country music circuit. At least as a singer-songwriter that is. Having worked for 2 years as a photographer on the scene, Amy is now releasing her debut single ‘Numb’.

Hitting online stores worldwide on September 26th 2016, the brand new debut single ‘Numb’ is a collaborative effort between The UK and Nashville, Tennessee. A hard hitting, storytelling track that showcases what this British Country music artist is all about.

Country music is a genre held together by storytelling and when it comes to her songwriting and performance Amy Westney is well known for doing just that. Knowing how to bring a wave of emotion through the audience with every line is something Amy can deliver every time.  With work in motion on her debut single, to be released in the fall, and her debut EP to be available at the beginning of 2017 the hype is already surrounding this singer-songwriter from Essex. She has teamed up with musicians and studios from across the globe to record her debut single and her new EP that will be released early 2017.

Her outlook, personality and eagerness to succeed in the industry have opened many doors for Amy and allowed her to create a strong network in Nashville.   Travelling out to Nashville, Tennessee each year keeps her mind fresh with the sound coming out of Music City and brings in a true authentic old school sound, unique to the UK market. With current artists such as Carrie Underwood, Ashley Monroe, Kacey Musgraves and Maren Morris influencing Amy’s music she certainly has a lot to offer.

“For me, the thing I love most about country music is that ability to travel from the start to the finish of a story in just a 3 minute song and the powerful messages that can only be tackled by country music. When I create a song I want to create a feeling, a moment, a memory.” ~ Amy Westney

The instrumentation was recorded at Rad Records in Nashville by fellow musician Garry Wood. To record the vocals and backing, Amy teamed up with Plus 11 Studios in Essex, UK. It was here that the song was produced and mixed by engineer James Curtis-Thomas. For the final step the track was mastered at the world famous Abbey Road Studios in London ready to put out to the world.