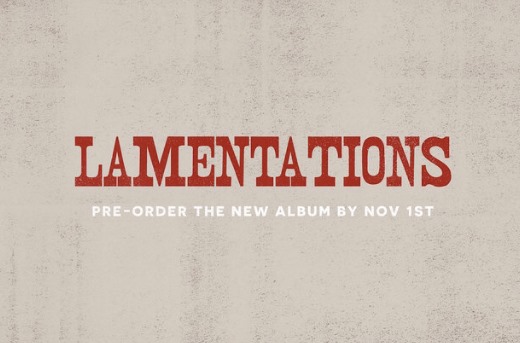 Great news for fans of North Carolina based American Aquarium, their front man and songwriter BJ Barham has announced that they’ll be heading back to the studio very soon to record new music. “ Lamentations” will be their 8th studio album, and will be recorded in the birthplace of rock n roll, Memphis Tennessee.
As with most of their previous albums, they will fund this record through preorders but this time it will be without the use of crowdfunding sites due to recent issues ( or  “ shady business practices “ as BJ says, never one to mince his words) that have been widely documented and which have sadly affected many artists and their fans. Instead, the band are running things themselves, with 100% of the money from every preorder going towards the recording, mixing, production and promotion of the record.
As with regular crowdfunded campaigns, there will be a variety of special incentives to chose from when pre ordering, including signed and limited edition copies of the album, alternate cover artwork and coloured vinyl, alongside preorder only t-shirts,  handwritten lyrics and even a few acoustic/full band house shows. Something to suit every budget! In addition everyone who preorders will receive regular monthly emails and live videos, and even get to hear acoustic demos of the album’s songs.
These special pre-order options will only be available until November 1st, anyone interested in helping to bring this project to fruition needs to go towww.americanaquarium.com and follow the preorder link to a select their items.

As a taste of what is to come with forthcoming sophomore album, A...