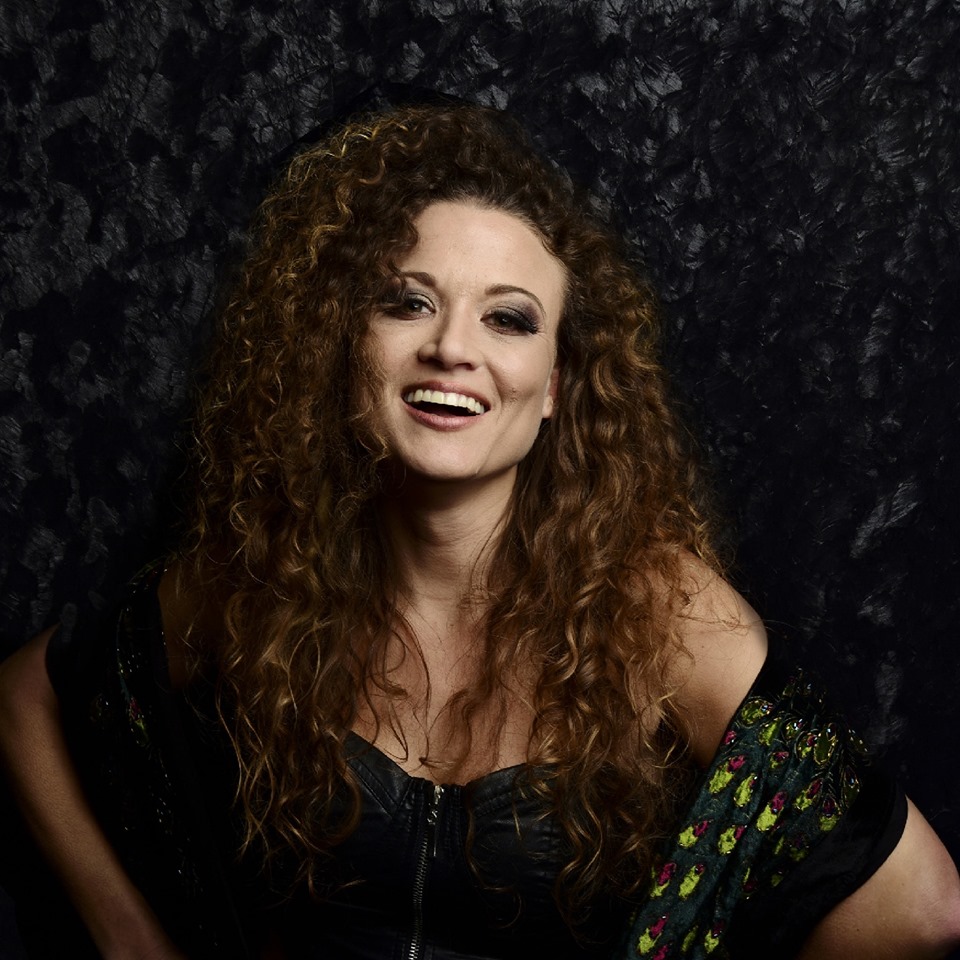 Her name is Amanda Page Cornett and she’s originally from Spartanburg, South Carolina, but she’s no stranger to Nashville, calling herself a resident for the last 15 years.  That’s long enough to have learned the ropes, paid a lot of dues and figured out who she is as an artist. Cornett has a new single ready to drop on October 11th and based on our conversation, she’s proud of it and excited for fans to hear it.

Not bad for a song that kind of happened as a fluke.  Co-written with Steve Goodie, known around town as not only a songwriter, but as a gifted comedian as well.  About a year ago, Goodie was at Cornett’s house when he came up with an opening riff to a song, but he had nowhere to go with it.  Cornett opened up her “idea bank” as she called it, a place where she just keeps piling up random thoughts that might someday find a place in a song, and pulled out something she had tucked away.  She couldn’t recall where or when this random phrase came about, but “Throw a Lil Gas” seemed to fit the riff Goodie came up with, and eventually that scrap of an idea wound up as the title of the song. 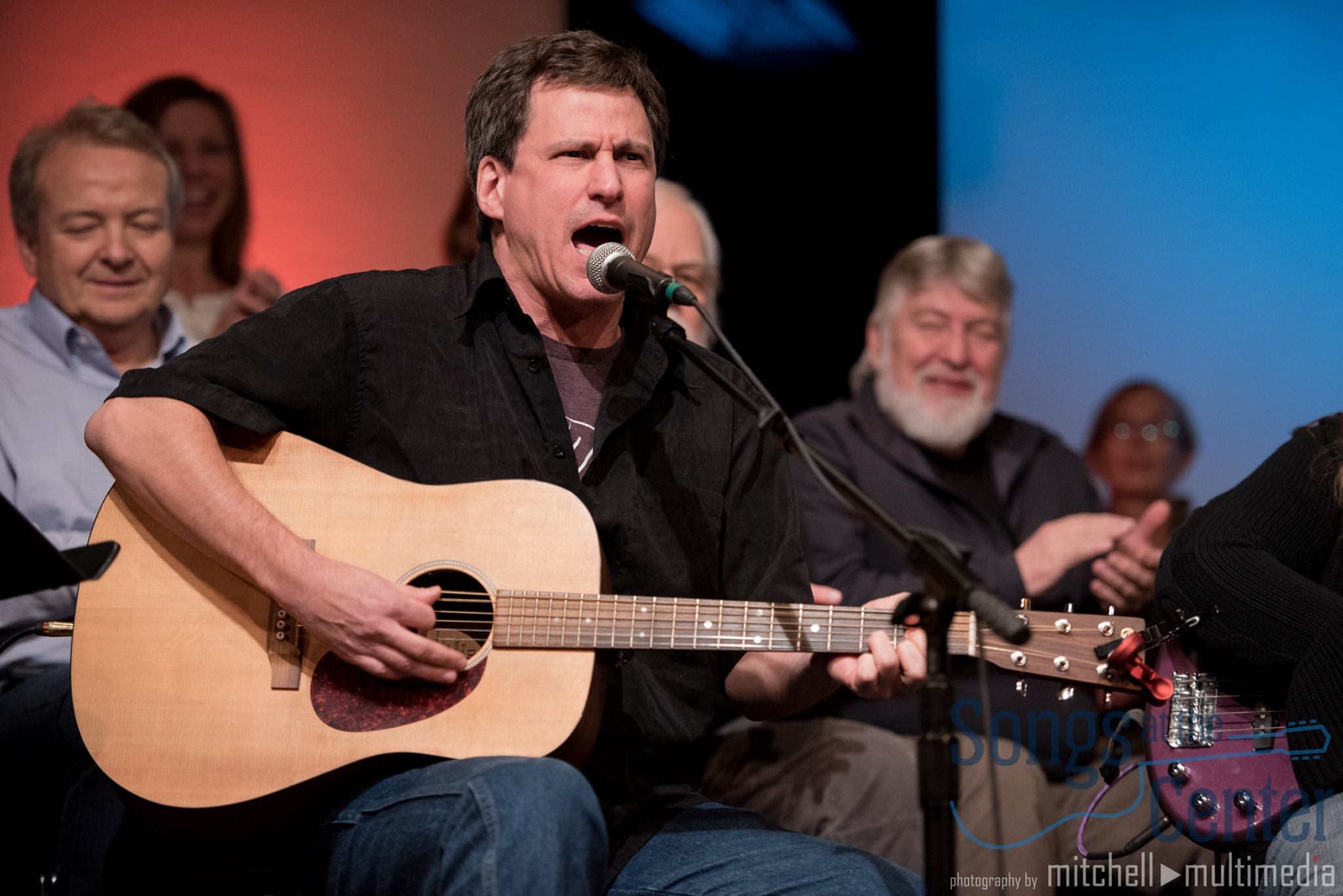 Photo courtesy of Mitchell Multimedia and Songs at the Center

It was a good call.  From that one riff blossomed a sweet tune that Cornett describes as “sexy, bluesy, passionate rock”, and after hearing it myself, I couldn’t agree more.  This is a sultry one! There may be more than Cornett’s jazzy vocals that make this song work so well and she’ll be the first to tell you all about that. “Throw a Lil Gas” was recorded at the legendary Muscle Shoals Sound Studio in Alabama with some heavy-hitting session players. 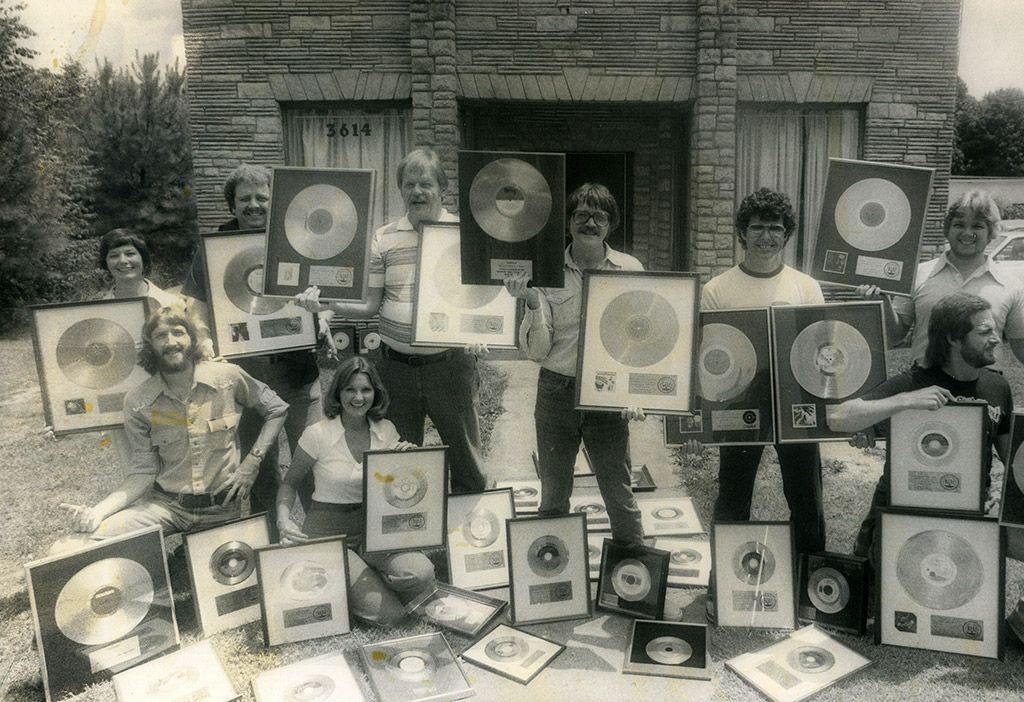 Following six-months of pre-production, Cornett and her band, the Almost Angels Band, a trio of siblings (Randall Scott Peterson, guitar, Shawn Peterson, drums and his twin Sherry Peterson-Tennille and yes, she is related to Toni Tennille of The Captain & Tennille fame on bass) made their way down to Muscle Shoals to knock out the entire 11-track album, Front Porch Rebel, in five days.  Working with seasoned pros like Spooner Oldham on keys and organ was an amazing experience for Cornett.  Oldham has played with the best of the best for years. A couple big songs he played on at Muscle Shoals are Wilson Pickett’s “Mustang Sally” and Percy Sledge’s “When a Man Loves a Woman”.  To have his expertise and level of experience on her record was something Cornett couldn’t say enough good things about. “He was so nice and so helpful. You would never have known all the things he’s done if someone didn’t tell you.  He was that nice to us.” 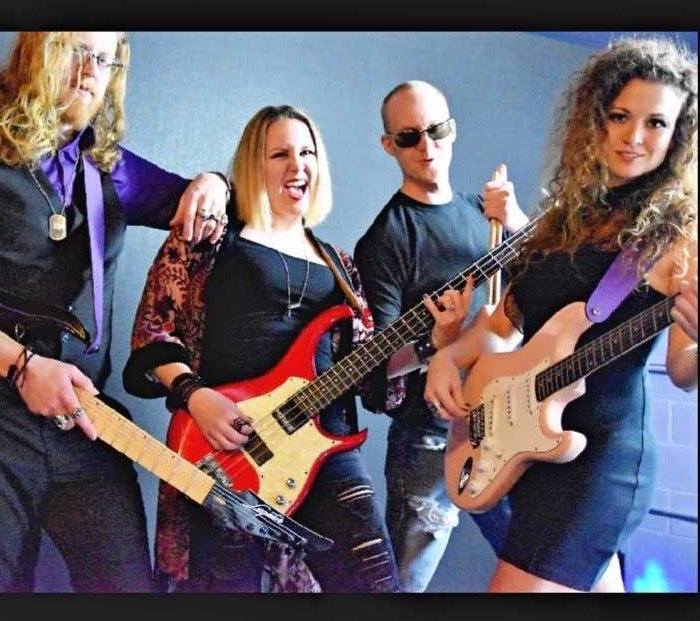 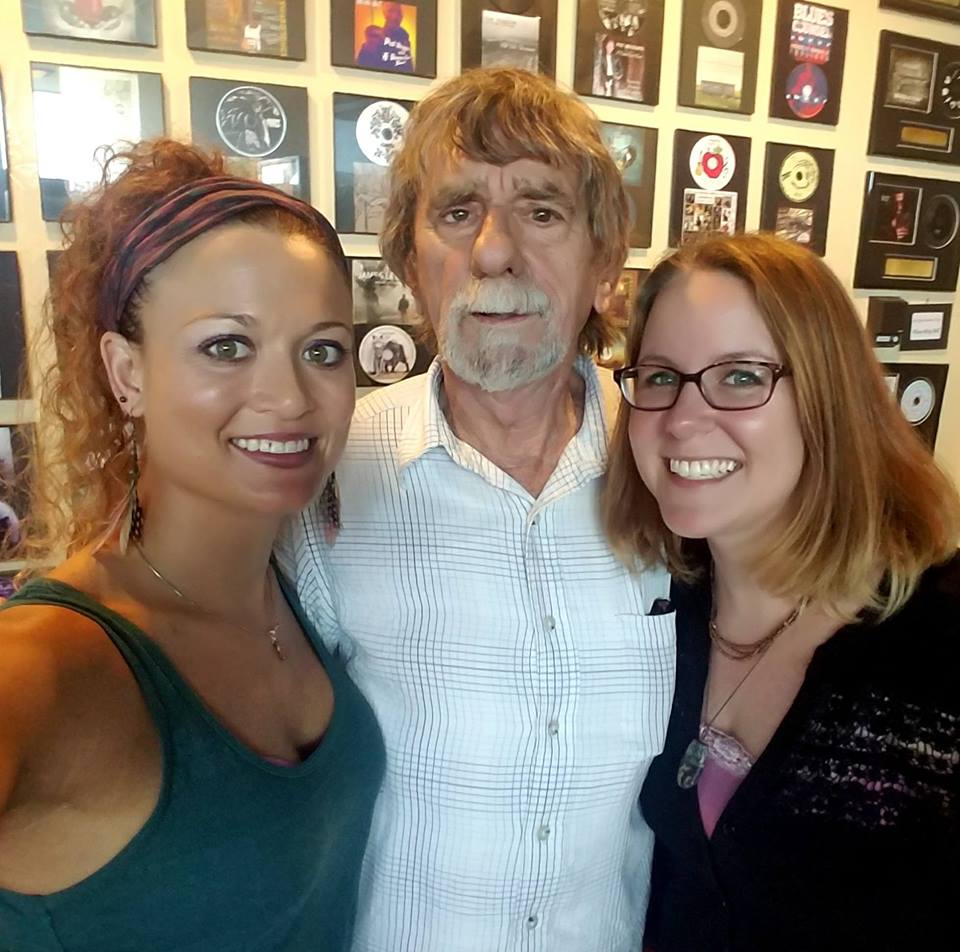 Others that worked on the record included Recording Engineer Jimmy Nutt (Jason Isbell & the 400 Unit, Alabama Shakes, The SteelDrivers), Songwriters, Carl Holder and Mark Narmore and Recording Engineer, Cody Simmons.  Cornett was particularly happy to tell me that she “clicked well” with Mark Narmore who is a Grammy-nominated songwriter and a member of the Alabama Music Hall of Fame. Narmore has had dozens of his songs recorded by artists such as Reba McEntire, Josh Turner and Brandy Clark.  Cornett and Narmore now have plans to write together. 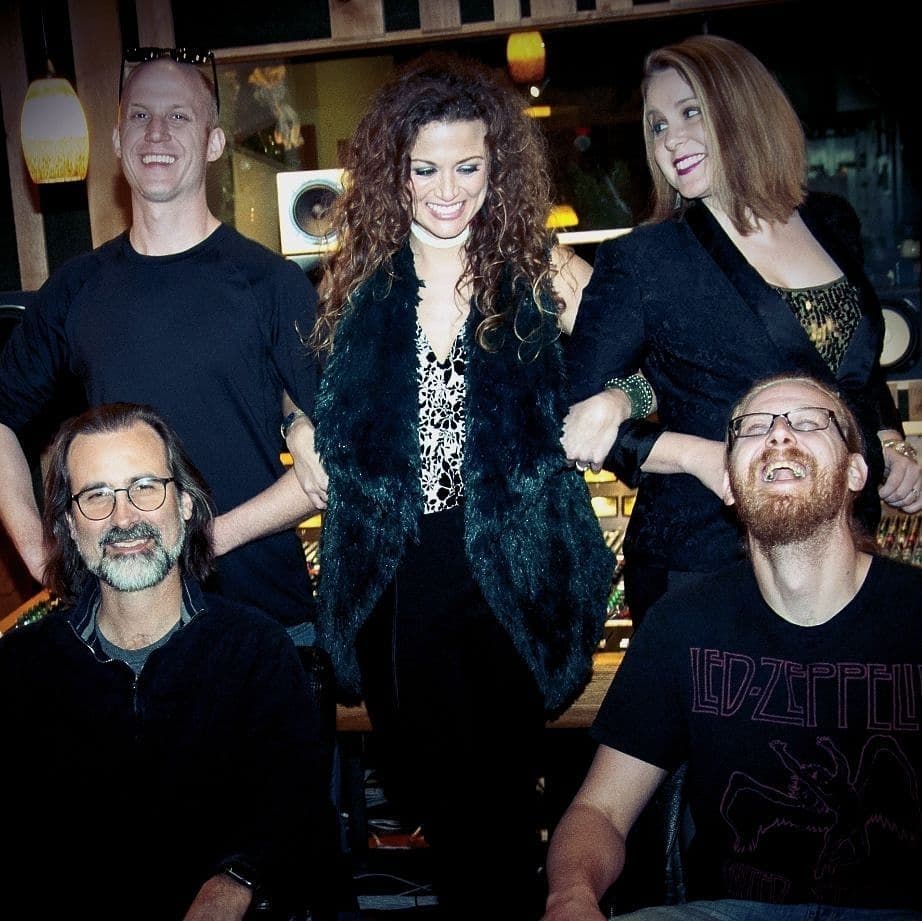 The entire album is something that Cornett is extremely pleased with.  As she put it to me, “I finally feel like I’ve made an album I can be proud of.  What I love most about it is there’s something for everyone on it.” She described the careful process in choosing the songs, making sure there was a good flow from track to track and also a good mix.  “Everything from rocking out to a lonely-sounding grand piano,” said Cornett, reiterating the fact that just about everyone should find something to enjoy on this full-length project.

I will admit, the task handed to me was to find out about Cornett’s upcoming single, “Throw a Lil Gas”, but we did get slightly off the track.  We talked about other songs on the upcoming album, and I have to say, I was intrigued. Intrigued enough to go listen to as much of it as I could.  Definitely music in my wheelhouse. Cornett’s bio describes her as an “angelic mix of blues, rock and soul”, which to be quite honest, confused me, and I told her that.

I tried to create an audio/visual concept of just what an “angelic mix of blues, rock and soul” would be.  I am telling you the truth when I say I had a mental picture of Alison Krauss, Janis Joplin, Joan Jett and Aretha Franklin in some sort of four-way mashup.  I had a rough time comprehending how that could work. It almost worked, but somehow Alison Krauss, with her “angelic”, ethereal voice was the odd woman out.  Thankfully, I wasn’t too far off the mark in my confusion.

When I posed the question to Cornett, she was at a bit of a loss for an explanation herself.  She said she wasn’t sure where that description came from, but quickly scrambled for an answer by saying maybe her musical style leaned toward blues/rock and her voice was “more angelic”.  She did say that with a hint of a question mark to it, but we’ll let her pass on that. Get the single and you can decide for yourself. I think it stands firmly on its own, but “angelic”? I’m voting “no”.  This artist has all the chops she needs without angel wings or a halo to impress anyone. 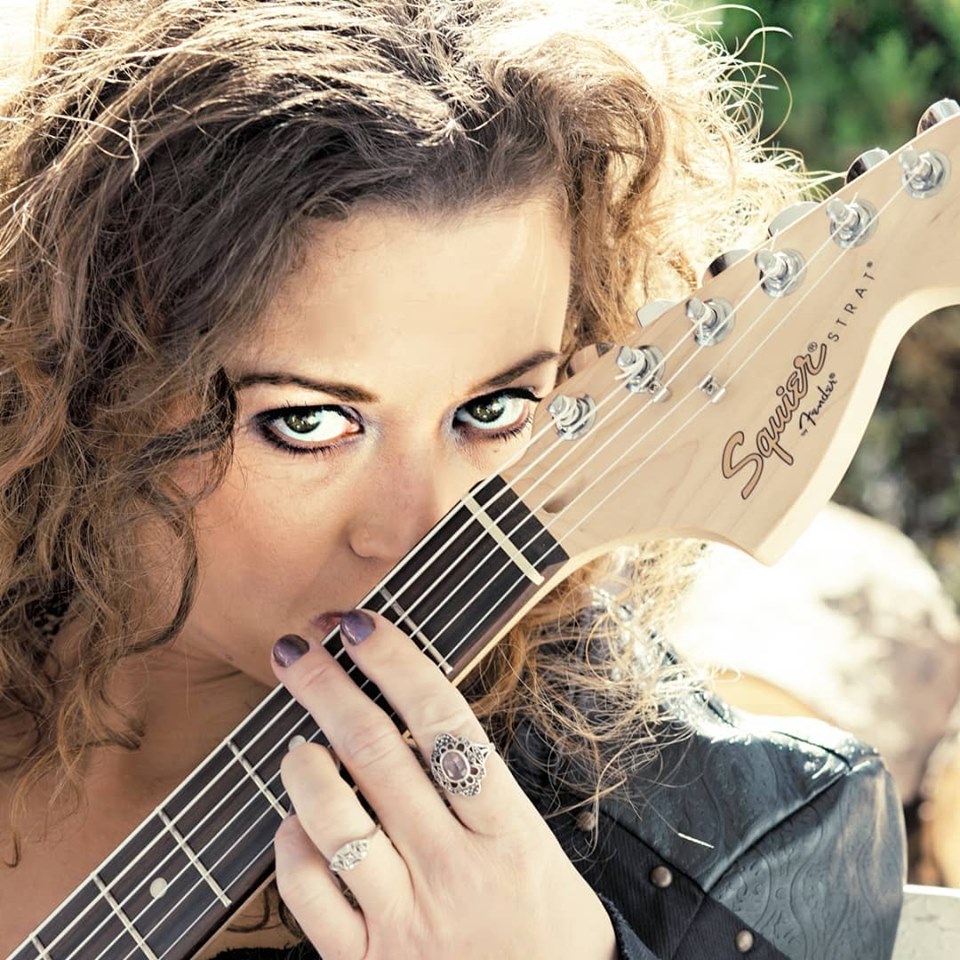 Can you expect to see Cornett and the Almost Angels Band playing live anywhere near you soon?  Hopefully. They’re working with two booking agents right now and trying to get to as many places as possible.  As it stands, Cornett’s fan base is most solid in the Southeast, but she’s looking to expand that with this album and this tour, so keep an eye out on her social media pages for her schedule.  If you do get out to a show, don’t be shy, Cornett loves to meet fans after a set and has no problem signing autographs or taking photos. “After all, I’m just a regular person who happens to do music for a living.”  This artist has her feet planted firmly on the ground.

For now, Cornett is getting ready to release a video for her single, “Throw a Lil Gas”, a video that got delayed a bit thanks to the hot, dry summer we’ve had in Tennessee.  We’ve had open burn restrictions in Middle Tennessee and a portion of her video required a little fire, something we weren’t allowed to play with around here lately. Finally, after a statewide open burn restriction was lifted, a permit was issued and the video shoot was back on.  It’s now complete and just waiting to be released. Look for that soon.

Aside from new music and video releases, I did have a few minutes to ask a couple more quick questions.  I asked who Cornett’s dream co-write would be with, someone that might be completely unattainable, but if you’re going to dream, dream big, right?  She picked two people. Pink or Linda Perry of 4 Non Blondes. Cornett said they are both such incredibly talented writers that either one would be fine with her and she’s sure she could learn so much from them.

I then asked her for a more realistic person she’d like to write with, someone that’s in town, someone that might, by some miracle, see this interview and think, “Why not? I’m going to give this Amanda Page Cornett a call!”  She tossed out a few names at first, but then completely changed her mind and said, “Never mind. Erase all that. Charlie Daniels. It’s definitely Charlie Daniels. I would absolutely love to write with Charlie Daniels and I’ve had numerous close encounters with him, but I never quite got to the point where I could ask if he’d write with me, so yes, if Charlie Daniels wants to sit down in a room and write, I’m in.”  The word’s out. Anyone that knows Charlie Daniels and cares to send him a message, it’s right here. Think Country, always trying to get another hit song written. 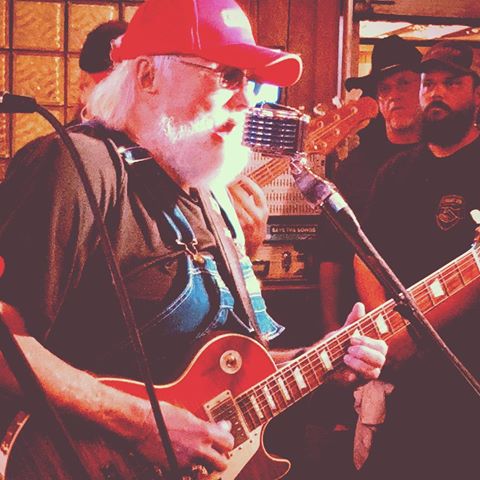 Last, but not least.  When Amanda Page Cornett “Thinks Country”, what does she think?  “When I think country music, I think real life, real situations that are relatable to every person if they dig down deep enough.  Country music speaks to everybody.” 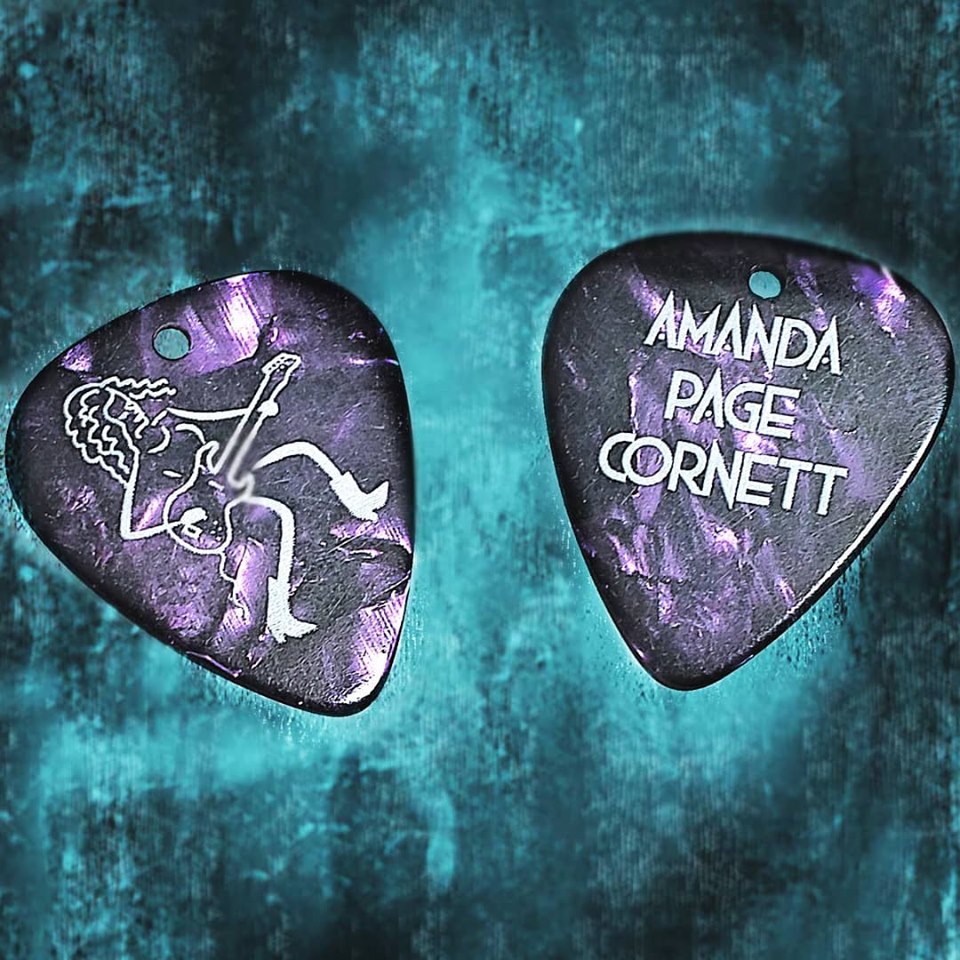 Amanda Page Cornett can be found:

TC in Conversation with Sean McConnell at The Long Road Festival

Ava Paige – A Lot Can Change in a Year