Guitar Girl Magazine exclusively premiered Alyssa Trahan’s newest single, “Ain’t Ever Goin’ Back,” yesterday. With an edgier feel then some of her catalog, Trahan still delivers an important message to keep moving forward, not backwards. Continuing to show her skills, Trahan not only co-wrote the song with Tony Lucca, but she also self produced the entire track. A true jill-of-all-trades, there is nothing that Trahan can’t do. Listen to the single here. Trahan says:

This song is an anthem for anyone chasing a dream or a vision. It’s edgy, it’s powerful and it has a swampy vibe my fans haven’t heard me do before. I wrote this song about my personal journey in country music with hints to equality in the lyrics, but the message echos what is going on in America right now. I’m excited for my fans to hear this and hope it can motivate and empower fellow dreamers! 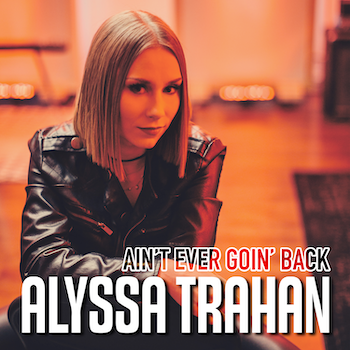 “Alyssa Trahan is a force to be reckoned with and a killer guitarist as well. The song has an edgier vibe then some of her previous work with a Miranda Lambert feel. This single is all about not backing down.” – Guitar Girl Magazine

Throughout the month of June Trahan will be the featured artist for Breedlove Guitar. To go along with this campaign, she has filmed multiple cooking segments based on her songs and will be doing livestream’s on Breedlove’s Instagram.

While Trahan is eagerly awaiting the day she can get back on stage, in the meantime fans can catch Trahan on her weekly Comfy Couch Livestream on Sunday nights on Facebook.

Make sure you get to know more about Alyssa HERE from when Jamie caught up with her last month and you can keep up to date with her at alyssatrahan.com along with her socials Facebook Twitter Instagram

Matt Stell Releases Brand-New Track “If I Was A Bar”