This piece is going to be focused on the 2 acts that I watched play and interviewed. However, I feel the need to mention that the venue has a historical reference in itself. “Alley Taps” located on Printers Alley, 2 blocks from Broadway , plays music every night, and features emerging stars, and has been dubbed “The Home of The Future of Country Music”. When in town, take a trip down “Printers Alley, it is amazing! there are many pubs and bars, and of course the focus is music and some great food, and drinking fare.. 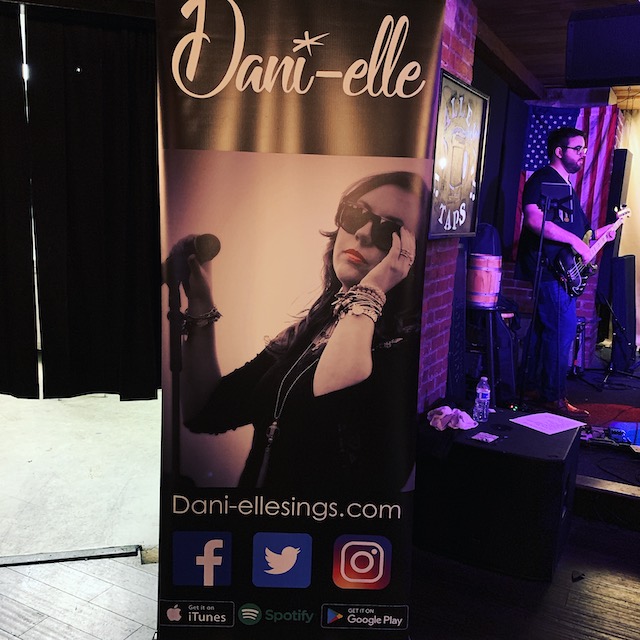 I had the pleasure of attending a mini Indi-fest at Alley Taps, located in Printer Alley in Nashville. This was part of the CMAFest 2019 lineup. There are so many artists new and seasoned to the country scene who perform at these events. More on that experience later. Dani-elle Kleha is one of those dynamic personalities who was ready to tell us her story through her songs at the Indie-fest. The moment you start listening to her sing, you know that you are in the presence of someone that will be on the big stage one day. Dani-elle is one of our “Shine A Light On” stars at Think Country Music for sure! Dani started singing at the age of 3 years old in church.  She loved music, partly because she could be the center of attention, and mostly because her talent was recognized early on. Dani’s first trip to Nashville at age 12, was to start taking voice lessons. Dani and her Family, and the band, are a team effort! For CMAFest2019, they drove down from Pennsylvania, in a large van, which included their little family dog, with its own mode of transportation, a stroller!! ( you can see her story and the pups on her socials). We sat down for an interview after her set, and Dani told me that this is “A Musical Journey”. She talked about her new 5 track EP which includes her original songs, that highlight the music she listened to while growing up. Dani has had a lot of life experiences and since she is only 23, she wanted to be real with this EP.  The Title Track is for all the fans, who follow and “run” with her and support her, that where the name  “Running on Dreams” comes into play. She tries to include the fans through social media, and wanted to include them on the EP as well. “My Dream Team”, she warmly calls all of her fans. Dani shows amazing dedication while continuing to believe in the music and the message. 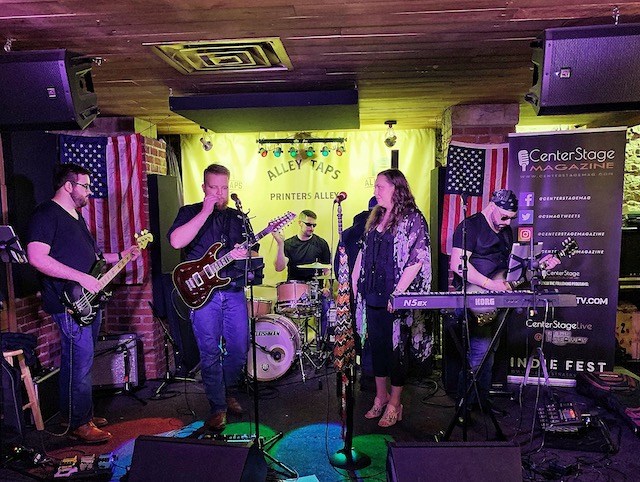 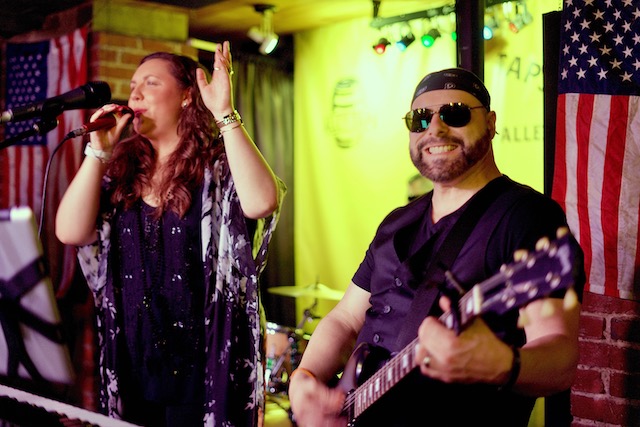 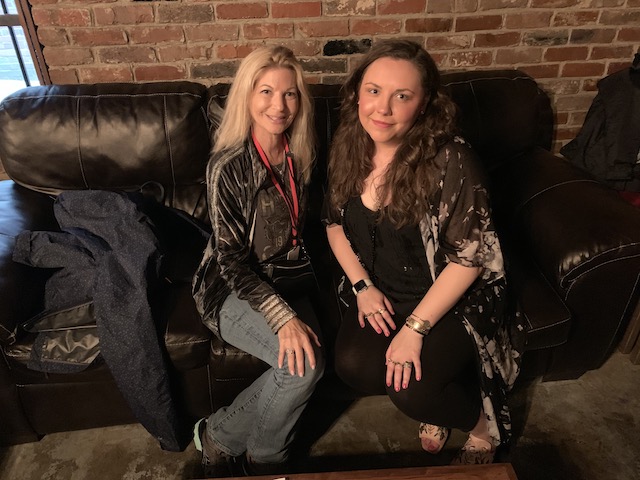 Dani-elle has also developed and pursued the,“Positive Youth Tour”, traveling to local high schools, sending out a strong message about bullying. She had been talking mainly to high schools, telling her story about being bullied at a young age, and showing how strong we all can become from that kind of experience. She and her band then deliver a mini concert to the students and faculty, always with strength, and an uplifting spirit. Now, the word is spreading to other states across the country about this amazing endeavour. Check out Dani-elle’s website for more information on having her attend your school, and bring an empowering message!

Dani-elle’s new EP, Titled “Running On Dreams” is out and available for download. Give it a listen,!!

Jimmy Bowen and his Americana style…

Take a look at Jimmy Bowen, yes he looks like a rough and tough guy , but sitting down and speaking with him for a few minutes, he is the nicest, most sincere human. He will tell you that his style of music is Rockabilly with roots firmly place in Bluegrass. He even mentioned that his genre is Country Bluegrass. Well, which ever you want to call it, this gentleman is amazing. 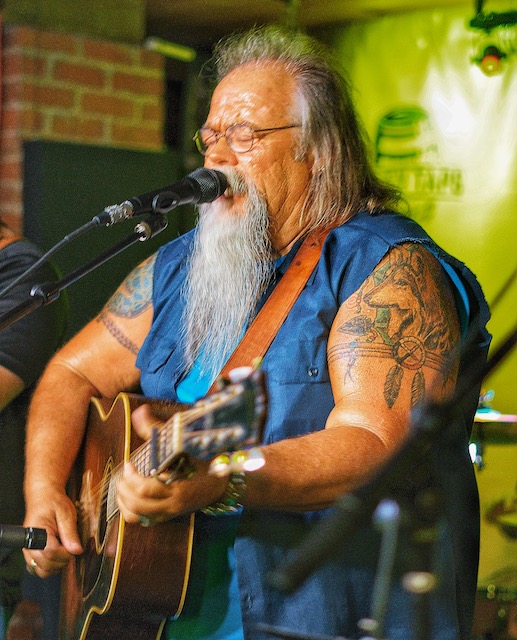 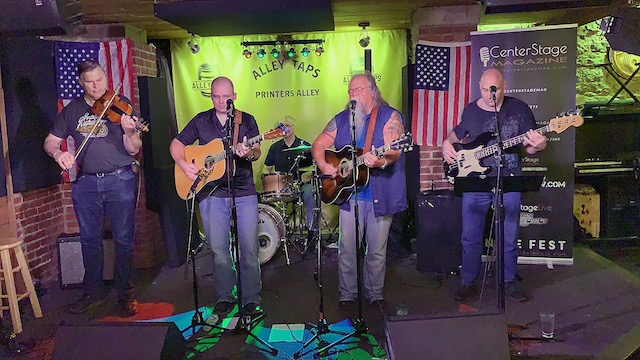 Jimmy is now currently filming a Tv show,  it will be a nashville ½ hour variety show ,which will highlight different genres of music. Believe it when I tell you there is not just  country music in Nashville.

It will highlight Bluegrass/Americana style, and will range from 26-36 shows,  it will air on Heartland TV, Family Channel, Uk station-Cayman 27, International Country in the UK.

Jimmy is looking for several other networks,and wants to bring back the feel of  the old TNN with Ralph Emery, and find out what artists are doing now.  Jimmy appeared on the hit series “Nashville”, where he earned his SAG Card. Now he can proudly say he is a SAG Actor! Because of his unique, bad boy look, he gets alot of murder, bad guy roles, but he is a gentle giant. We were complimented by Jimmy saying that there is a need for the media and songwriters and he embraces both professions!   Jimmy started out in the bluegrass world, was performing there for 25 years, and then went the Americana way while appealing to the younger audience.

Jimmy and the band are now in studio the end of June, working with several great writers and production people. He will be releasing each song  as they are finished. Then Jimmy gave me a finished CD, which I was thrilled to have, “Single Down in San Antone”. Jimmy also states that he plays mandolin with the band, His fiddle player was wonderful, and he made the band experience. You could say that I got a  down-home, all American Experience! I really enjoyed my time with these 2 “emerging artists”, and taking in the “Alley Taps” atmosphere is something that I will never forget. 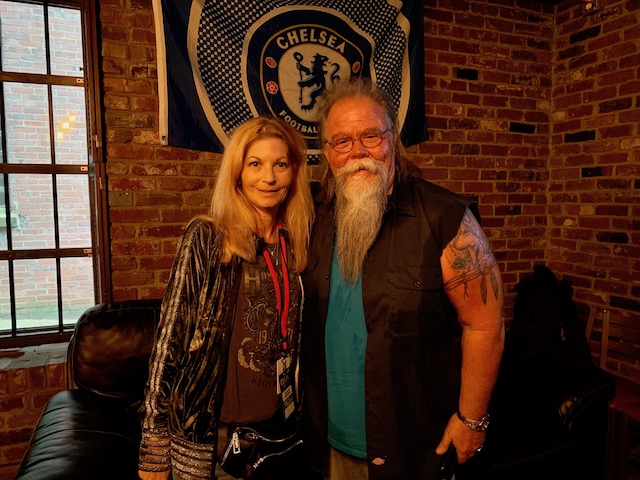 I consider my experience at CMAFest 2019 a win/win for everyone!!!! 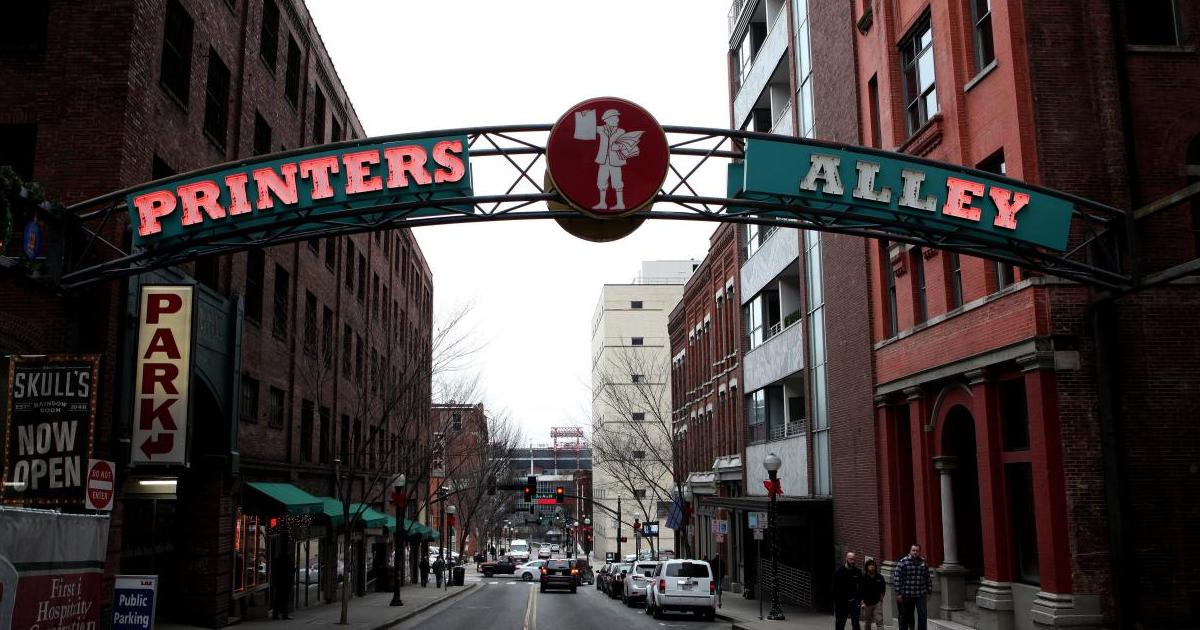