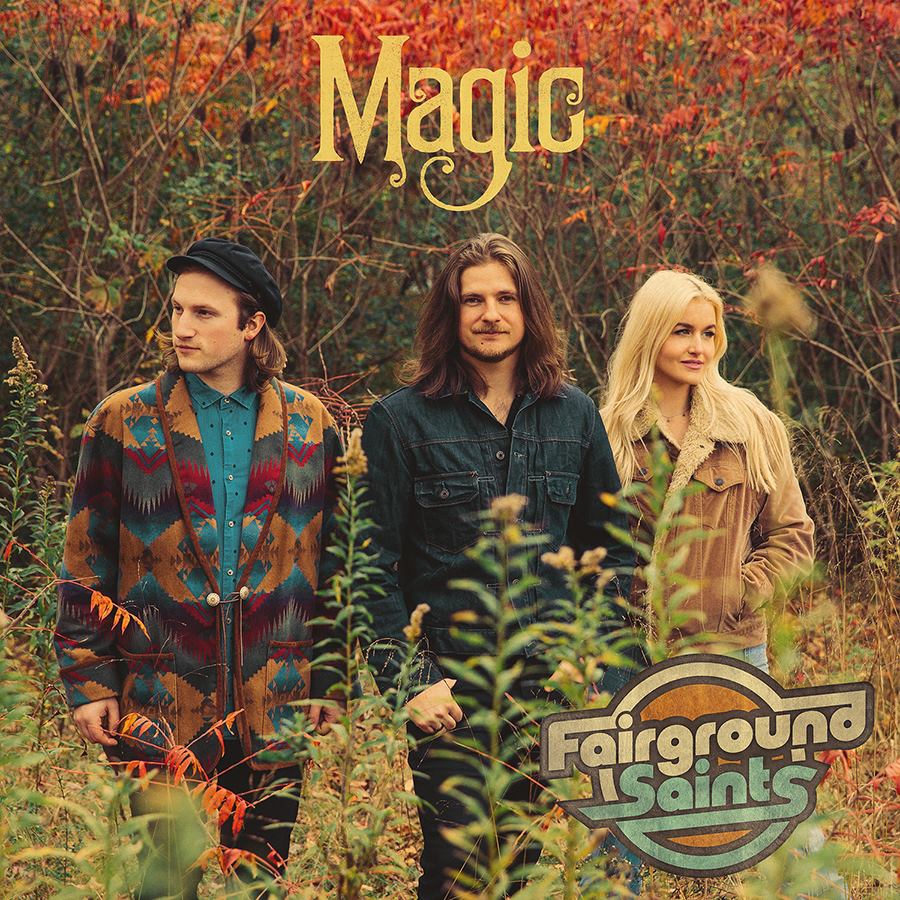 “Magic” was the first release by the trio since moving from California to Tennessee and signing with Sony Nashville.  The 5 track EP is actually the first music that they had put out since their 2015 self-titled debut album and they had the perfect launch event for it when it was released on Friday March 8th 2019 by being a part of C2C 2019.

Meg McAllister, Mason Van Valin & Eli Edwards were on their second trip across the pond in less than 6 months following on from the successful trip they made as part of Country Music Week in October 2018 where they supported both Eric Paslay and Cassadee Pope at The Borderline.  We were lucky enough to get to speak to the guys during their previous trip (which you can check out HERE) where they teased the upcoming new music on the horizon but the crisp, clean, sun kissed harmony sound that the EP delivers was so pleasant to hear even for me who became such a big fan of their sound, how they deliver it and them as people when I first caught them last year.

The EP kicks off with the initial single from the release which is the infectious “Somewhere Down the Line” which (taking my description from my previous article) is just such a fun catchy melody and lyrics that depict the dream we have all had at some point of just taking a chance and getting away from where we are such as “I’ve got a full tank of gas and some money. Let’s leave this small town and small dreams behind.”  This is the sort of song that gets stuck in your head for all the right reasons which you will instantly fall in love with!  There isn’t really much more I can add to this except it is a fantastic introduction to the EP and gives you a really good feel to what the band are about.

This is followed up by their latest single “California” which is ultimately a love letter to their home state with such deep imagery and the perfect melody to accompany it.  They song was delivered to them by the records producer Marshall Altman which he wrote with Anna Vaus and Dylan Altman which considering how the song summarises the band and the state so well, they really are the perfect people to bring the song to life almost as if it is born from their own experiences!

In the middle of the record is the title track “Magic” which was the only song from the EP that they did not perform during their set opening up the BBC Radio 2 Stage in the Indigo during Country 2 Country.  The melody is just so dreamy, the bass brings something really cool to this and I think the lyrics are just so on point for a positive breakup song which depicts the emotions and thoughts you go through so well.

“Never Gonna Let You Go” really shows the strength as an out and out vocal harmony group combined with that Californian ideology in the melody still at the absolute heart of it.  This track has so much instrumental variety and one that really did seem to go down very popular as a live track during the festival in London.

Then Finally is the my person favourite track both on the EP and hearing it live “How It Rolls” just because how it is a fun melody and just a sweet song about falling in love with someone making you feel special in that moment.  When performing this live it is a song that the crowd really get involved with and also gives Eli the opportunity to shine as a musician with an incredible solo.

From Country 2 Country, firstly these guys won even more and more new fans over the course of the weekend so we hope they keep making the time to come and hop across the pond to see us whenever they can.  We are particularly delighted by hearing the reaction along with how so many people were as excited about these guys as we are.  More importantly they finished their set with a song called “Mary” which they said they had just recorded so it is fabulous that there is plenty more to follow where this came from!

” Magic” is available now and you can get it HERE

Crawford & Power – A Lot Can Happen in Six Months