“I’m a sucker for a storyteller,” Jenkins explains of her choice to do the covers. “Tell me a story about your joy, pain, love or loss, and I’m in. That’s part of the reason why I have such a deep appreciation for Bruce Springsteen. He has a way of telling a story that feels like it’s your story, too. Honesty and vulnerability seem to be at the core, and that’s something I try to mirror in my own music. I don’t do covers often, but when I do, it better be a damn good song. ‘Stolen Car’ and ‘Hungry Heart’ have been part of the soundtrack to my life, and I’m so excited to share my take on them. If you haven’t heard their creator singing these songs, do yourself a favor and go listen to Springsteen now.” 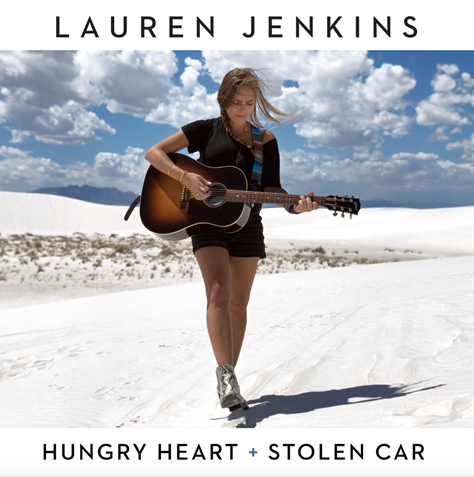 Lauren Jenkins will be touring the UK in January and February, as special guest of Brett Eldredge, with dates as follows:

Jenkins has been a touring artist since she was 15 years old. The Texas born, Carolina-raised musical wanderer chose a life that would fit perfectly in the songs she writes: across countless smoky bars, fake IDs, and endless miles on the road, music has been her one constant companion. Her unfiltered lyrics and unmistakably authentic vocals blend traditional Country roots with Americana influences. She’s equally at home with cheerful radio-friendly melodies one moment, and expressions of raw emotion the next.

Jenkins was just named one of the best ‘New Acts in 2019’ by Nashville Scene’s prestigious 20th Annual Country Music Critics’ Poll in addition to being named an Artist to Watch by The New York Times, Billboard, Rolling Stone, and Pandora. She was also chosen as a member of nationally syndicated radio host Bobby Bones’ “Class of 2019.” Her imaginative process is boundless — writing, co-producing, and starring in an original short film titled Running Out of Road as an accompaniment to her debut album NO SAINT (Big Machine Records)