CO-STARRING is available for pre-order now ahead of the July 10 release via Big Machine Records and features 10 diverse collaborations. Other advance tracks are already amplifying the project, including “Bad Trick” featuring Ringo Starr, Don Was, Joe Walsh and Chris Robinson and “Outlaw Blood” with Ashley McBryde. Watch Hubbard share details on making the album now.

“Each record is built on the steps of the last one, and I’m just trying to get better,” Hubbard says. “To have all these cats we’ve toured with and played with, I’m very, very proud of it. Young and old, established, new, Rock & Roll, Folk, Country, to even know these people is awesome, but to make music like this with them? Well, it really impresses me.” 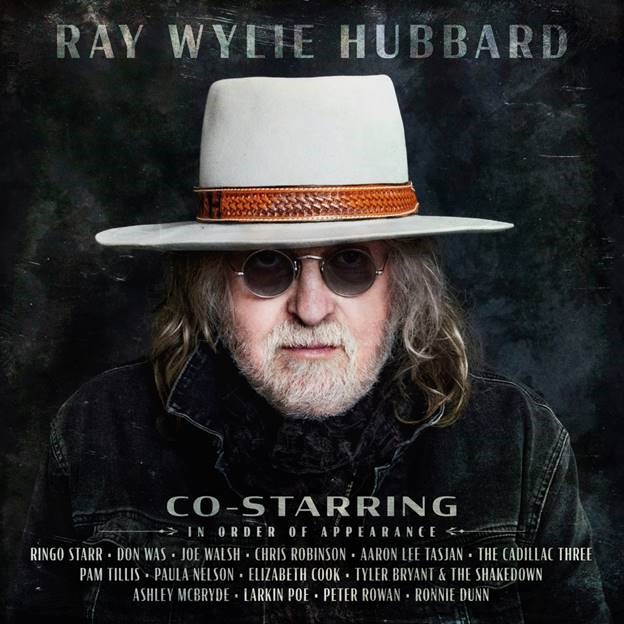 As much a renegade poet as a roadhouse saint, Hubbard wrote and produced each song. Earthy, real, funky, unabashed, Ray Wylie Hubbard’s records have been swapped and played on the road by everyone from Blackberry Smoke and Georgia Satellites to Black Stone Cherry. “Snake Farm” alone could be the red-blooded touring male’s reality-based point of connection. The Austin Music and Eric Church-inducted Texas Heritage Songwriters Hall of Famer was born in Soper, Oklahoma, went to high school with cosmic cowboy Michael Martin Murphey and spent his summers playing folk music in Red River, New Mexico. It all added to an iconoclastic, hell-bent for truths and textures in writing about the way outlaws live. For the latest information, visit raywylie.com and follow Ray Wylie on Instagram, Facebook and Twitter.