Think Country and 90 East Photography had a good time at the Adam Warner Industry Showcase tonight, held at Nashville’s 3rd & Lindsley.  It was a typical showcase short set, highlighting the artist’s best songs.

Trick Pony’s Keith Burns came out first and introduced Adam Warner, letting the audience know we were about to see and hear an artist with some chops.  Burns did his best to pump us up and also mentioned that he and Warner had been writing together recently. I felt Burns was quite sincere with all the positive things he had to say about Adam Warner.

Warner opened with “Big Storm”, the title track from his latest album.  The song was co-written by Tony Stampley and the late Kim Williams. Certainly the right choice to jump start a show.  It’s a high-energy, rockin’ country number. Warner has the look for this type of music. It’s what you expect when you see the long hair and the black hat.  As soon as you hear his low, yet rich vocals, he’s all but sealed the deal for you. This is good old southern-fried country rock, in the vein of Lynyrd Skynyrd or Blackfoot.  This is so solidly where Warner’s wheelhouse is and where he needs to stay. The right song right off the bat. 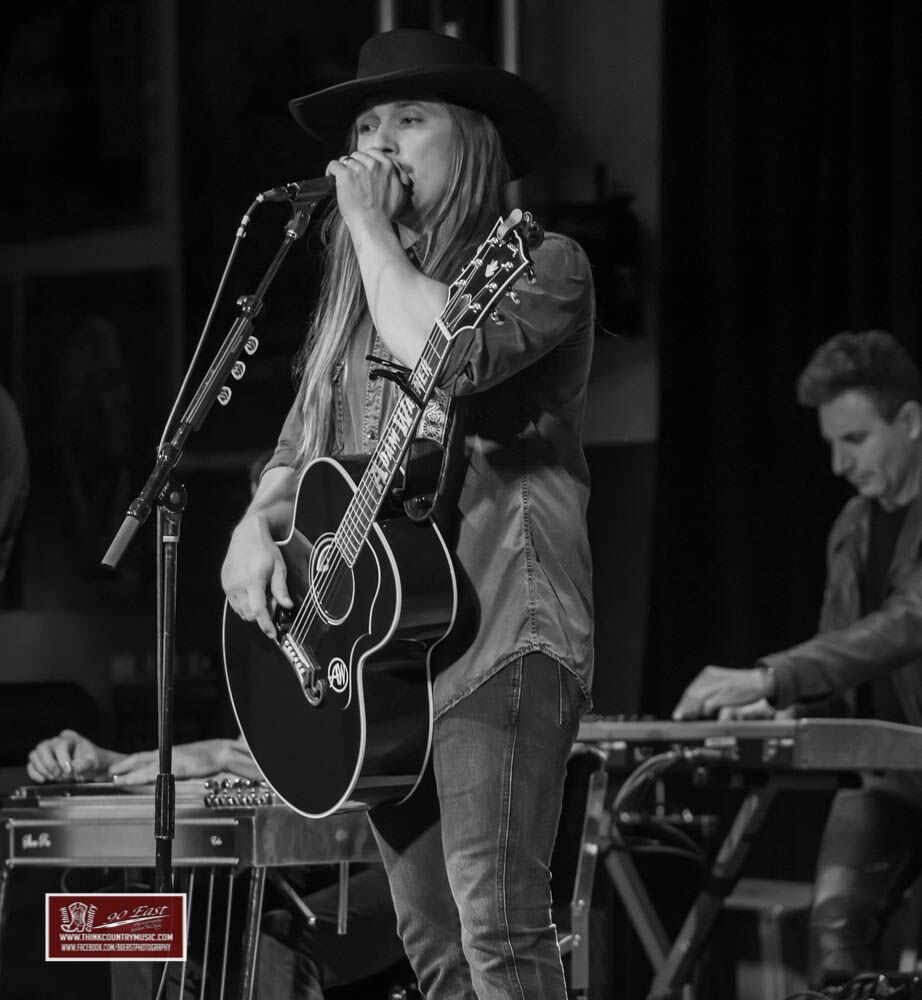 “That’s How You Know You’re Livin’” and “4 Square Miles” followed, both tracks off the new album.  The latter, Warner explained, is about the small Illinois town he grew up in. At one point during that song, he sang lyrics about how it didn’t matter how far away he went, all he had to do was close his eyes and he was back in his hometown.  Warner actually did close his eyes as he sang that portion of the song, and I could feel that he was envisioning the place he came from at that very second. It may be momentary, but he lives those lyrics in that quick flash of time.  That’s an artist that believes in the song. How can you not appreciate that?

One of Warner’s most popular songs is “Semper Fi”.  He recorded it with country superstar, Trace Adkins and it’s one that’s very special to him.  Warner served in the United States Marine Corps from 2004 to 2008. It’s a powerful song and he dedicates it to all active United States military and our veterans.  Warner has been performing it for some time now as it was first released in 2018, but it is also included on Big Storm.  This is bound to become his signature song over the long haul and he did a great job with it at the showcase.

If any country music show tried to survive on a whole lot of serious songs without any fun ones, the result would be easy to predict.  It wouldn’t. Warner made sure he threw in the obligatory beer drinking song with “Beer Makes You Lean”, another one from the new record.  Is it silly? You bet. Are most beer drinking songs silly? Pretty much. Do they end up doing well? Usually they do. This is one of them.  Don’t expect to find it on a list of the “Greatest Songs Ever Written” because deep thinkers aren’t especially partial to songs like “Beer Makes You Lean”, but will it go over well at your next bonfire?  I think it might. 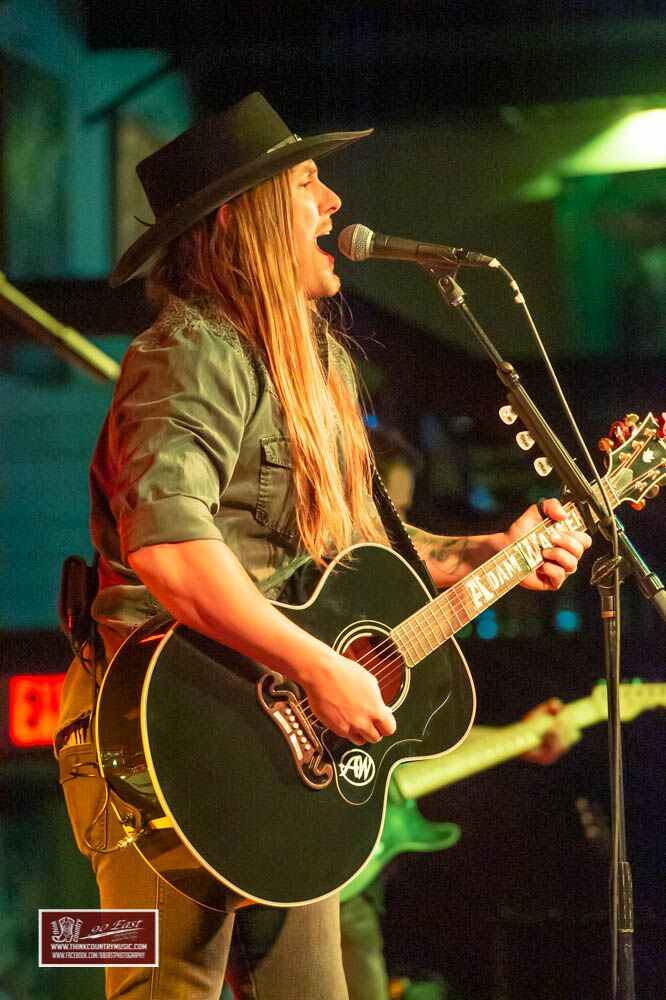 Warner ended his set with one that I personally like a lot.  “Rowdy as Randall” was written by Warner as he drove home from Orlando.  It pays homage to a guy named Randall, but you might know him better as Hank Williams, Jr.  Yes, just in case you were unaware, Hank, Jr.’s given name is really Randall Hank Williams. It’s a cool song that like its title, is a little bit on the rowdy side, not super crazy, just a lot of fun.  Also, like the opening number, “Big Storm”, it’s parked right in the spot where Adam Warner should always pull into when making song choices. This is where he has to go if he’s looking to find his audience and his little space in this vast world of musical options.

I see him perform songs like “Rowdy as Randall” and “Big Storm” and I see him in his element.  That’s where he shines brightest. He has his best chance to interact with his band and vice versa.  Yes, he needs the ballads for balance, but his real strength lies in the traditional, upbeat, country rock tunes.  I can’t be the only one that sees it. For a guy that was raised in the Midwest, it seems like there’s a little bit of Alabama, Florida or Georgia just dying to be set loose.  I thought Warner was really great tonight, but he and the band should never be afraid to turn it up another notch on the big songs. He’s got it. Just let it out. I bet the next “Big Storm” will be in the audience if that happens, and it will be anything but a disaster.  It’ll be a party. 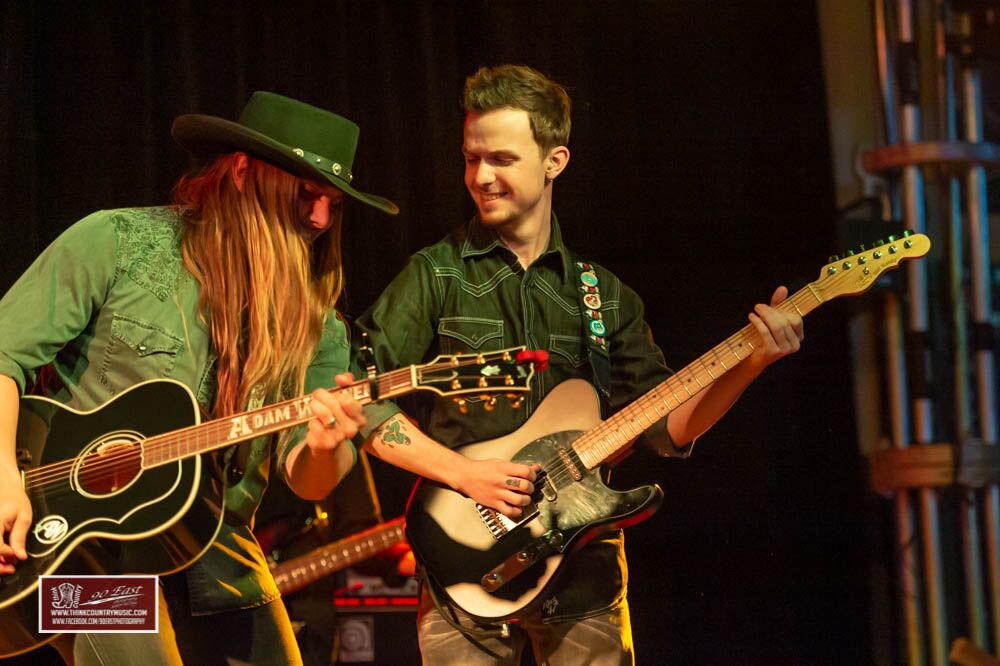 Adam Warner can be found: 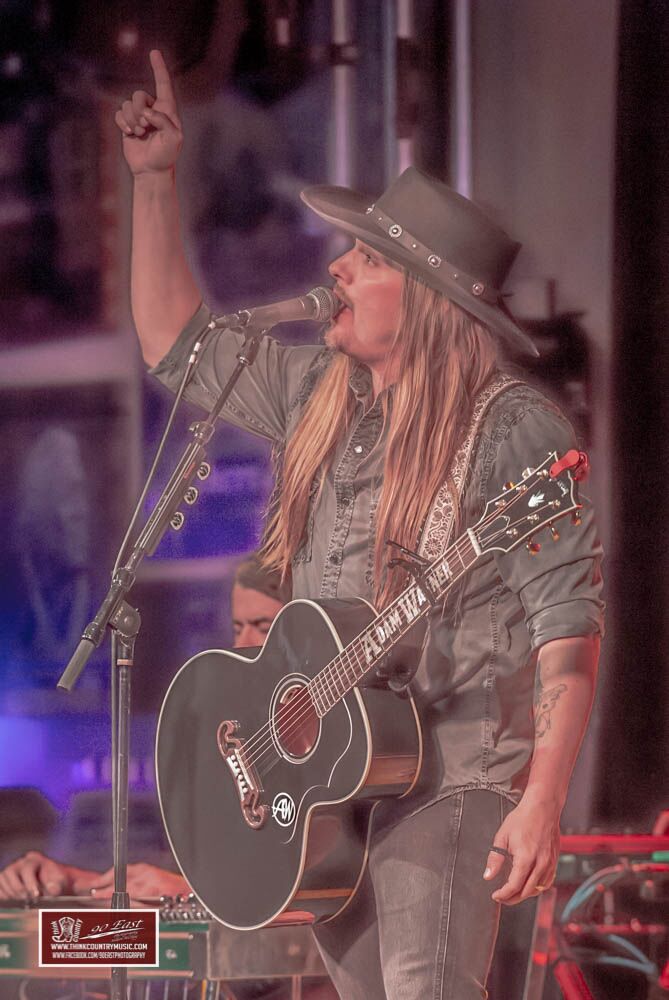