ACM “ENTERTAINER OF THE YEAR” THOMAS RHETT OFFERS PART ONE OF DOUBLE ALBUM COUNTRY AGAIN: SIDE A ON APRIL 30 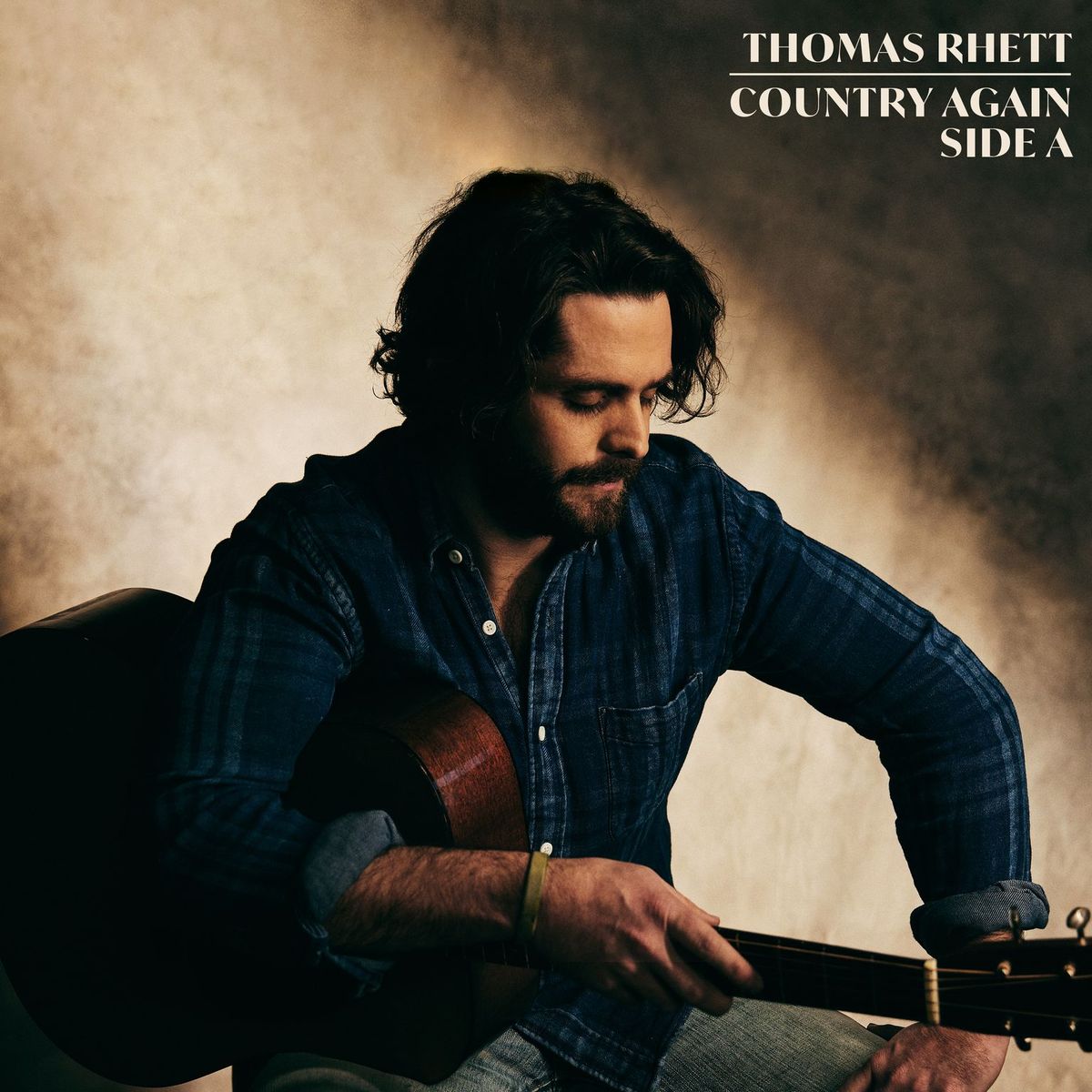 Thomas Rhett has reached the pinnacle as a performer. From appearing on Saturday Night Live to holding court as reigning ACM “Entertainer of the Year,” with a bid to defend his title in April. All while his four studio albums have produced 16 Multi-PLATINUM and GOLD-certified No. One singles, nearly 10 BILLION streams, back-to-back GRAMMY nominations and Billboard 200 debuts. After keeping up with the velocity of a whirlwind career, Thomas Rhett’s journey continues with the release of part one of his fifth studio double album: COUNTRY AGAIN: SIDE A on April 30 (The Valory Music Co.). Fans can pre-order the album HERE beginning today and will instantly receive two new tracks, “Want It Again,” and “Growing Up.”

“Country Again: Side A is everything I wanted to say when I was 19 years old, but hadn’t lived enough to know how to say any of those things yet,” Thomas Rhett shared. “It’s about the crazy journey that took me out into the world over the last ten years and ultimately brought me back home, more centered and content than ever, with a deep understanding for what’s important in life. I’ve had a blast sharing some of these songs in their acoustic form during quarantine and am blown away by the reaction the fans have already shown.”

With SIDE B planned for release later this year, COUNTRY AGAIN: SIDE A is entirely co-written by Thomas Rhett and is the result of a return to his initial inspirations as a young songwriter with a new perspective that comes from the challenges of 2020 and life in-between. It’s a musical and thematic return to roots for Thomas Rhett, an embrace of the sounds, stories, and methods that drew the superstar singer-songwriter to country music, yet required ten years of life experiences to have the perspective to write them. From the introspective title to track to personal moments like “To The Guys That Date My Girls,” a heart-stopping ode to his daughters and the rawness of grappling with the death of a close friend on “Heaven Right Now,” Thomas Rhett reaches new creative heights blending his penchant for authentic songwriting and current state of mind.

Teaming up with longtime producers Dann Huff and Jesse Frasure, Thomas Rhett had already been feeling a pull back to his roots and a shifting state of perspective with the music he was creating, when the pandemic struck and the world shut down. Suddenly the questions that were at the top of his mind became very real and unavoidable.

“How else do you slow down unless you’re forced to?,” he adds. “For the first time, I had to look at myself and say ‘Who am I? Who is Thomas Rhett without a microphone or a guitar or a stage?’ I had to really dig deep and figure it out. So in many ways, 2020 was a big ol’ reality check, a complete reset. And when I finally settled into myself and my family, and started to work again, it completely influenced all of my songwriting.”

To hear more from Thomas Rhett about COUNTRY AGAIN: SIDE A, watch here.

With a centered focus and renewed clarity, Thomas Rhett began teasing songs as they were written on social media over the past year, receiving a frenzy of positive feedback from fans. With that, COUNTRY AGAIN: SIDE A began to take shape. Lead single “What’s Your Country Song” is currently No. One at Canadian Country Radio, while the song enters the Top 5 at U.S. country radio. As “few singers have played a larger role in defining the sound of country music over the past half-dozen years” (Rolling Stone), Thomas Rhett’s four previous studio albums have spawned 16 No. One singles, nearly 10 BILLION total career streams while he’s received two CMA Triple Play awards for penning three No. One songs within a 12-month period, adding to his collection of trophies from the Country Music Association, Academy of Country Music, Billboard Music Awards, CMT Music Awards and more. “At the top of his musical game” (Winnipeg Free Press), the in-demand superstar has headlined multiple nationwide and international tours as well as some of music’s biggest festivals. For more information, visit www.thomasrhett.com.

Matt Stell -That Ain’t Me No More