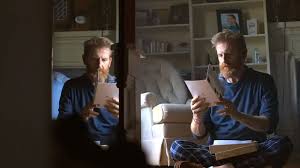 Rory Feek has been through a lot in the past five years.  Rory has always been open and honest in documenting the events in his life through his music writings and reality TV.  The Grammy award winning musician and New York Times Best Selling Author has a new single out  “Me & The Blues.” The song will be on the album Gentle Man due out in June.

The album with be Rory’s first solo album since the passing of his wife Joey, with whom he recorded with as part of the duo Joey+Rory. “Me & The Blues” is an emotional song. This song demonstrates strength. Rory allowed himself to be vulnerable and open with the lyrics of the song.  On his blog Rory wrote the following about “Me & The Blues”;  “Five years ago, Joey gave me a gift. A Valentine’s card. It was to be the last note, the last written words, and the last card I would ever receive from her. That card was her Valentine’s gift to me that year. This is my Valentine’s gift to her this year…”.

Since Joey’s passing in 2016 Rory has kept busy.  He has released a documentary To Joey with Love as well as a memoir entitled This Life I Live: One Man’s Extraordinary, Ordinary Life and the Woman Who Changed It Forever. A single dad, he published a children’s book inspired by 6-year-old Indiana entitled Indiana The Day God Made You. He also opened Hardison Mill Homestead School for Indiana.  All children can attend via the web series The One Room Schoolhouse.

Tags Gentle Man Hardison Mill Homestead School Indiana Feek Indiana The Day God Made You Joey & Rory Joey Feek Me & The Blues Rory Feek The One Room Schoolhouse This Life I Live: One Man's Extraordinary Life and the Woman Who Changed It Forever To Joey With Love