It’s been just over a month since music city played host to the 48th annual CMA Festival. Originally known as Fan Fair when it launched back in 1972, that’s not the only thing that has changed over the years. The festival has grown into a Mecca type event, bringing fans of country music from all around the world. With the growth of the festival saw a plethora of independent events also taking place across the city during the week of CMA. The one I want to look at right now…. Christie D’s Annual Party for a Purpose. This year BB Kings was the location for year 4 of this amazing event. The organisation is no small feat, with 43 acts scheduled to play throughout the course of the day. That’s right, you don’t have to leave… and I didn’t! In honour of the Dr. Peter. F. Clark Scholarship Fund (Christie D’s Dad), this all day event honours the songwriters of music city. 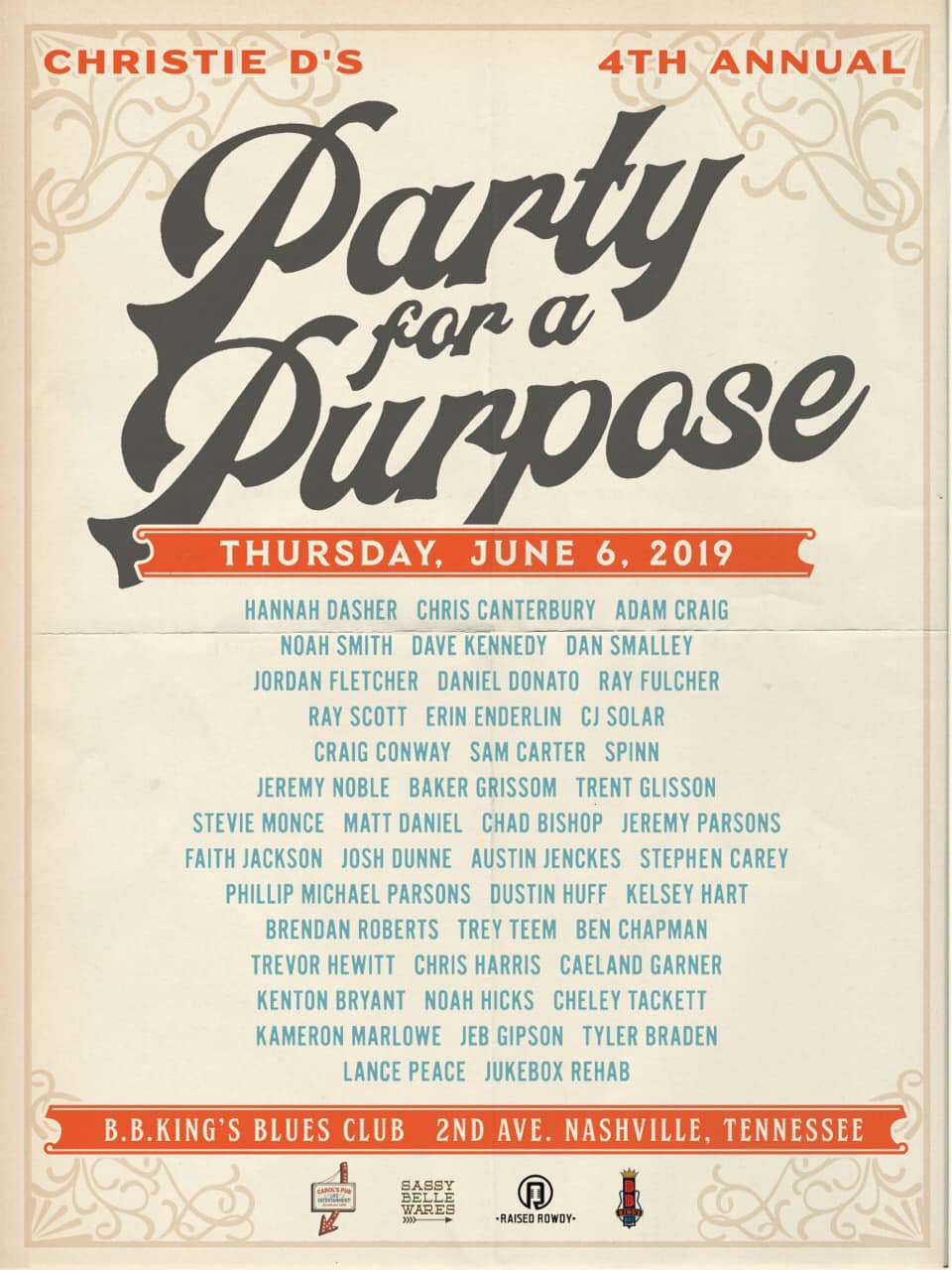 Just writing those names was almost as long as the first paragraph! Seeing it in black and white really puts into perspective the gravity of this event! I am ashamed to say that before this year I had not heard of it but without a doubt this will become a regular event for me. Over the course of the next few months I want to feature a few of these incredible talents and to write about everyone’s performance in one article would be impossible, so keep an eye out! 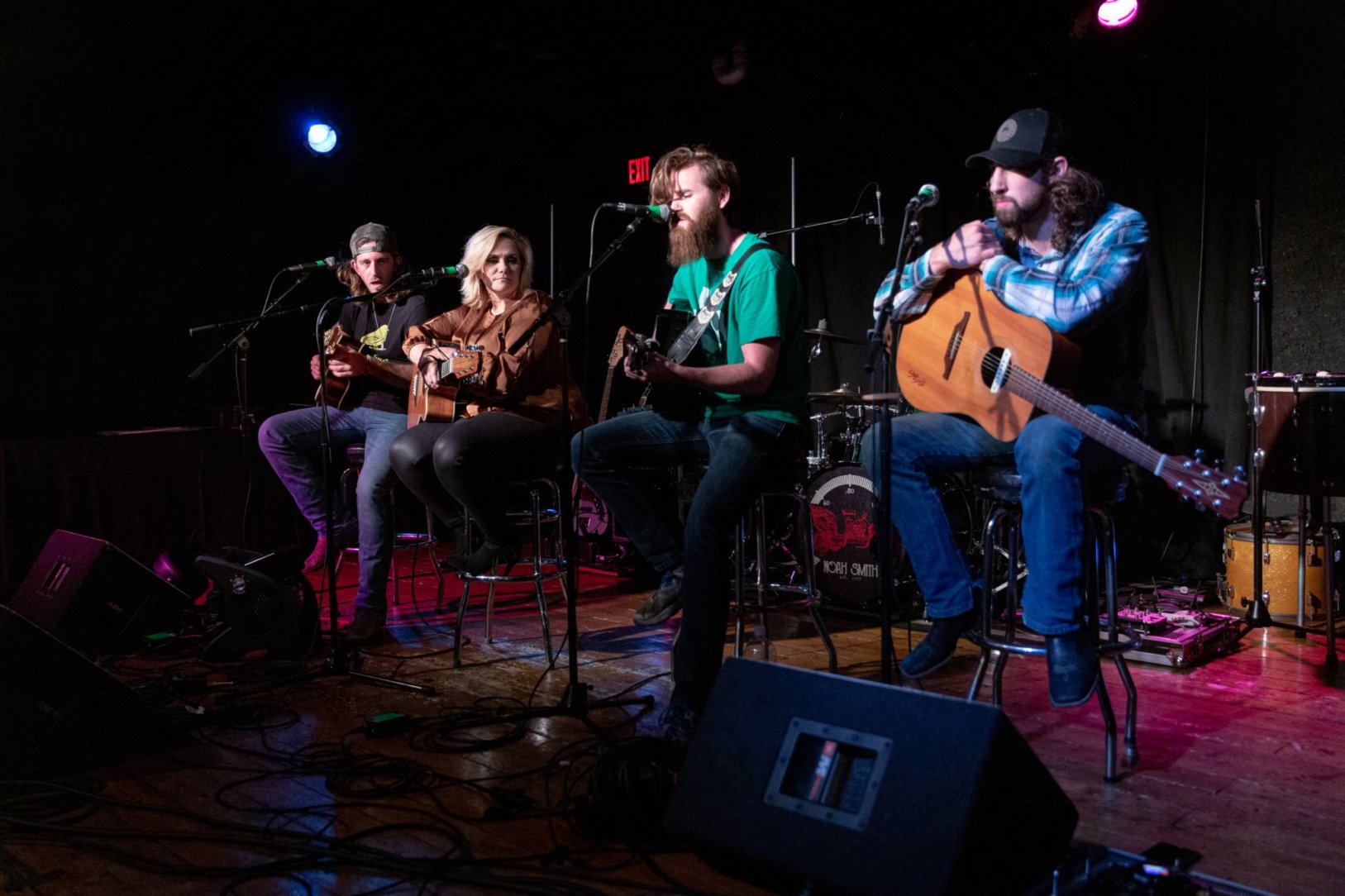 Here is what you need to know, this event was a glimpse into the inner workings of Nashville, free from the bullshit and the he said, she said. Free from the superficial lights of the record labels. This was just down home, real music, played by real people.

It kicked off from 1pm and ended around 1am, a 12 hour event that many stayed all day for and for those that arrived later, they didn’t want to leave, and they didn’t.. the smallish basement area of BB Kings transformed from just another forgotten dimly lit bar on 2nd to the hottest spot in town and if you wanted to move you needed to have some ninja moves in your back pocket to squeeze through the crowds! It was packed from wall to wall and the appreciation for the event was through the roof. To top it all off it’s all for charity and that night just over $1300 was raised. 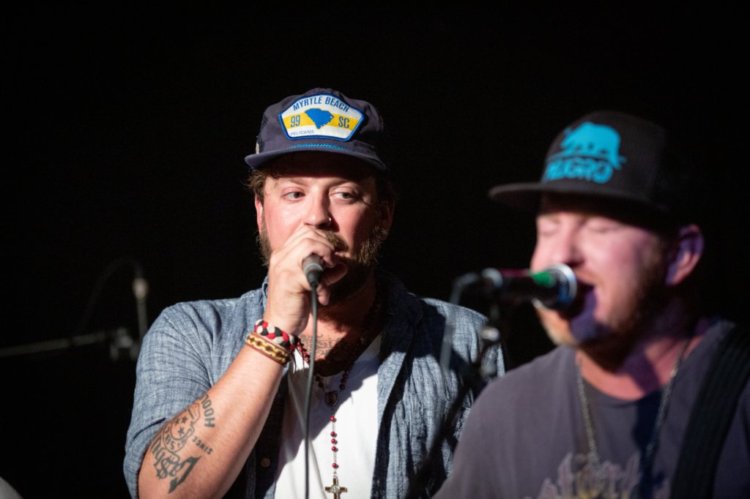 And… did I mention the event is free to attend? Just like many other elements of CMA week, you were not required to part with a dime, though of course charitable donations were welcomed!

This was like the heart and soul of what Nashville is about, I don’t doubt a few of those names above will be on main stages  of CMA next year, some already have, but none are worth only a fleeting glance. If all you have is time, spend it wisely and check these folks out because today’s unknown can quickly be tomorrow’s superstar.

If you would like to find out more about Christie D’s charity and how to donate, follow this link:

Tags Party for a purpose

Morganway release video for new single ‘I Want No Other Love’