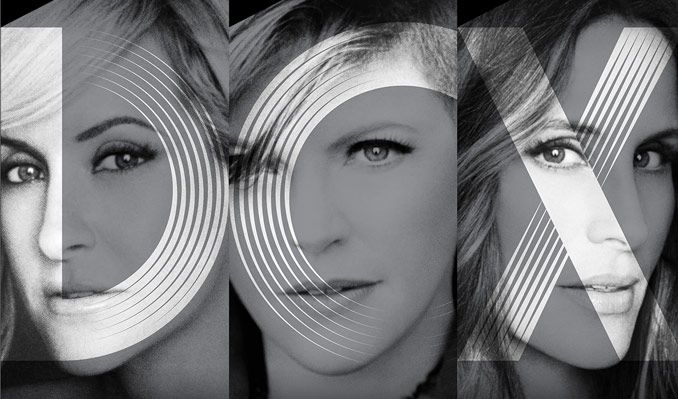 Despite America still not being completely over Dixie Chicks’ lead singer Natalie Maines’ statement during a London show back in 2003, where she shamed president George W Bush, we, the UK are over it – in fact we were never angry. Sure! He wasn’t our President, but we are always about the music and always will be, so after a long hiatus, and a brief come back at C2C in 2014, the fact that the Dixie Chicks were returning to Europe to do an arena tour was a dream, not just for Country fans but for fans of all kinds. The Dixie Chicks’ fan base is so wide spread that ticket buying was competitive, as we weren’t just up against other Country fans.

This is probably the first Country gig I have been to where there were so many unfamiliar faces in the crowd. The general vibe from the audience from the start made it clear that a lot of these fans had been waiting 13 years for the Chicks’ return, as I’d imagine the vast majority did not attend C2C.

A simple yet impressive stage set with bright lights gave it an intimate feel.

Opening with The Long Way Round, the Dixie Chicks performed an astounding 24 song set list, playing for just over two hours. I don’t think they missed out many people’s favourites -except perhaps for There’s Your Trouble.

Throughout the show they had an impressive video backdrop which changed for each song. Lyrics, against natural settings such as the sea, were shown during the song Easy Silence, which was stunningly performed and very ambient. Kind of helped, as I didn’t know all the words, but I got away with it with the help of the background video.

Natalie took more of a stage presence during Long Time Gone, covering the entire stage and waving at the audience. This is of course set audience members off in a roaring sea of screams and cheers. I have never been surrounded by so many happy and excited people; it was such a lovely thing to experience.

As a last minute addition to the set list, since the passing of Prince, the Dixie Chicks honoured his memory by singing a flawless rendition of Nothing Compares 2 U, also made famous by Sinead O’Connor, her version probably being more recognised by my generation.. This was the first song of the night that I could hear Natalie’s voice properly and I could not fault her vocals during this cover. It almost sent a chill down my spine and was one of those moments where you could just close your eyes and listen peacefully, I am certain that Prince would have been very proud. With a picture of The Symbol behind them, the song came to a close with a large picture of Prince appearing and there was a small moment of silence, and a nod of respect from the Dixie Chicks and the band.

Goodbye Earl was one of the most memorable moments for me. Firstly, it’s probably my favourite song of theirs. It’s a lot of fun to sing along to and great live. Of course, the story of the song is very sad, but at the same time it’s one of the best revenge songs I have heard. Everybody sang along to this in a very enthusiastic and interactive way. Fist pumping the air during the lyric when Earl had to die and there was a loud chorus of voices during the ‘nanananana’ line. The background video for this song was particularly interesting, as it was full of old black and white movie clips of abuse, as well as newspaper clippings of famous domestic violence offenders. I remember seeing OJ Simpson up there and the most recent offender Chris Brown -I’m pretty sure Ike Turner must have made an appearance on there but not sure. The Dixie Chicks are not shy to be vocal about their opinions, 2003 showed that, but this was a visual statement – and quite right too. I, for one, am surprised at how quickly the industry, as well as fans, have forgotten about Chris Brown’s offence and embraced him again.

There was a short video interlude with The Ace of Spades playing, and girls and band left the stage whilst it was being re set for the acoustic segment of the show.

Coming back on to sing Travelin’ Soldier, the entire audience sang along with Natalie – a fan favourite. I think I speak for everyone when I say I was over the moon they did this song. A beautiful song with such a great yet sad story, it almost felt criminal singing along as, despite knowing the lyrics, I really found myself wanting to hear it just from Natalie’s mouth. Also, being big Beyonce fans, they covered her new song Daddy’s Lessons, from the recently released album Lemonade. I had never heard this song before, but will definitely look it up – although I doubt I will prefer Beyonce’s version.

The acoustic set was a real treat and was nice to hear the previously drowned out vocals with a stripped down band. I guess in general the sound in an arena will be an issue to a degree. As well as Travelin’ Soldier and  Daddy’s Lessons, we also heard an acoustic cover of Patti Griffin’s Don’t Let Me Die In Florida and then White Trash Wedding. Natalie then introduced the band, who I must say performed amazingly throughout the night and seemed to bond well with the girls. The band left the stage one by one, whilst Natalie explained they were to do a short instrumental Bluegrass set and gave us a hint of one song by saying “I can’t feel my face when I’m with you”. The only instrumental songs covered which I remember were Put A Ring On It – Beyonce (they are clearly fans as they covered her twice) and I Can’t Feel My Face – The Weeknd. This was a nice part of the show as it showed a different side to the Dixie Chicks in terms of talent.

Back to the full band/stage setting, Ready To Run got the audience energy back to full swing. What made it even more of an energetic and exciting song live were the two canons exploding a crazy amount of confetti, which seemed to cover the entire audience. It made a change to have something like this three quarters of the way through the set, rather than as a dramatic ending.

The rest of the set had the entire arena singing to every word – and rather passionately I might add. I saw tough looking middle aged men going all out during songs such as the Fleetwood Mac cover Landslide , Cowboy Take Me Away, (which resulted in a lot of air grabs from the crowd, myself included and Wide Open Spaces, which clearly meant a lot to people as I saw many serious faces singing along. Couples were embracing as well as dancing together and swaying. I saw some people crying and others just smiling from ear to ear pretty much throughout the entire gig.

Before coming out for an encore, they ended with the rather rocky, electrifying, Sin Wagon, which was fitting for a finish.

I did not see one person leave before the encore, which I usually see a lot because often people like to beat the traffic or catch a train. It seems the Dixie Chicks fans were more than contented and just did not want to move. I guess waiting for 13 years for their return really had an Impact. UK fans are clearly loyal and very much dedicated.

The encore started with Not Ready To Make Nice and ended with a Ben Harper cover Better Way. Not a song I would have put last, as it didn’t really leave me with much of an impact. I would rather have heard one of their big numbers last, but no one else seemed to mind.

Overall, a fantastic night and a much better set than C2C – but then again this was a full show, so not sure comparisons count? It was definitely worth the high ticket pricing, although I may not have said that had I paid the VIP prices. The Dixie Chicks have definitely made a comeback in the best way possible and I really hope we will have new music soon. What an exciting night! People were still singing along on the tube home.