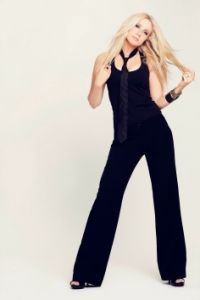 New South Wales native Dianna Corcoran already had an established country music career in her home of Australia, before she set out for Nashville five years ago. In that time she has driven many, many miles across most of the United States, playing shows both little and large, and in January of this year she finally released her first American studio album (her fifth in total), appropriately titled ‘In America’. We recently had the chance to chat with Dianna in her adopted hometown of Nashville, about her life on the road and splitting time between the States and Australia.

Last time I spoke to you I think you were just going back to Australia for Christmas?

I was and I spent five weeks there, so… because everything kind of shuts down in Nashville, I just went, “You know what, bugger it, I’m going home.” going to get as much sun as I can before I have to hit winter again, so I’m loaded up on vitamin D.

So do you just have a good old vacation when you’re at home, or are you still working/writing?

You know what, I’m always writing; I constantly have something going through my head. I’m writing when I’m in the car, it’s kind of consuming. If you’re a true songwriter it can be very consuming. So there is not much – I can never really switch off 100%, so I was working, but I didn’t have to do shows and I was actually happy about that. I do like to perform and stay current in my music, but I felt like I [needed] the break. I drove 46,000 miles last year on my own; I just needed a break.

There are so many ways to get around, you can fly everywhere and that. You choose to drive yourself around?

I do. We’ve got to make the budget stretch and I also don’t want to skip the little towns in between that everybody skips.

I camp yes. I pop a little tent up. Most of the time, it’s started to get cold so you know  – I would still camp in the cold, but you [sic] got to take care of the boys unfortunately. So we do have to pamper ourselves just slightly, even if it is just a cheap motel on the tight side of town.

So did you literally just think one day, “Right, I’m just going to drive around”?

(laughs) Yes, pretty much. The record label put the budget down, and you know they don’t have the budgets they used to have in music anymore. So I just said “You know what, if I want this to be equivalent to how it used to be, I’m going to have to cut some corners,” so that’s how I did it.  And I also just wanted to do things organically and meet America, and meet the people over here and really get down to the nitty gritty, because lots of people don’t do that. And I don’t care if it takes me the rest of my life; I’m going to meet all 350 million people in the country.

So your album is called ‘In America’.

It is, I couldn’t think of anything better.

What’s the next one going to be, ‘Camping In America’?

Yeah, ‘Camping Through America’, exactly. How not to camp around America.

So what are your shows like? If we come along to one of your shows, what experience do you want us to have?

You know what, my shows are so diverse. There are shows where it’s just me on guitar, nothing else, and it’s just me telling my stories and singing my songs and there is [sic] absolutely no bells or whistles. Then there’s [sic] full band shows that are a completely different dynamic; it’s almost like I have a split personality. But to be honest the most important thing for me is that my authentic songs and storytelling come across; I want people to feel the stories of the songs. I want them to relate to it and I want them to get to know me. I have no interest in putting on a show that is fake, like none whatsoever. It is what it is with me. If I had to fake my way through life which I – well I’d be dead. It’s not who I am; some people can and there’s actually nothing wrong with that. There are some people who switch and go into a personality that is the performer, and I actually have great admiration for that, because that’s another skill on its own. I know lots of those people who there’s like a flip side to them, but for me you will very much see ‘me’ regardless of what kind of concert it is. And I won’t be covering anything up.

I think it’s refreshing because listening to your music and it feels like – I feel like I know you, and I know that’s really weird.

Well, can I just say that means the absolute world to me, because that is the point. So even if you get to the end of it and not like it, and maybe not like me, I would rather you not like me than you know, love somebody who doesn’t actually exist.

So what’s happening for you now at the moment, the next few months? What’s going on?

The miles are going to be the same so it’s going to – I’m pretty much going to answer that question the same every year. I’m going to be hitting the road. Follow me on social media and all that good stuff because everything is constantly changing and evolving, but I have an amazing time out there on the road, and do all sorts of strange shows in the middle of nowhere, visiting radio stations, so I’m just going to jump in that car and be doing the same thing and it’s exciting. Not a single day is the same as the last.

What do your family think about you [doing that]?

Well you know what, since I was a young age I’ve just been like that. I can’t sit still and if I do go home and go, “I want a break, I just need a break I’m exhausted,” I go home and two days later I’m like, “This is boring, I’m going.” I’m a bit of a gypsy at heart and I need to be constantly evolving and changing.

So where is home for you now?

Well my home home will always be Australia of course, but my second home is definitely here in Nashville. I live here in Nashville, I’ve been here for five years and I love it. I have a gorgeous little house and it’s a cute down to earth little lifestyle. And a cat.

And what do you drive all these miles in?

Well actually I have a micro car, which I call the little silver clown car. It’s like Toyota’s version, in [the] UK it’s a Toyota IQ. There are also Aston Martin’s signet, you might remember those coming out. So it’s the same car. Anyway it’s tiny, it’s a micro car.

You don’t have much room for luggage.

No, but it’s amazing. Well, you’d be surprised at what goes in that thing. It’s Toyota’s answer to the smart car but it’s got luggage space, so that was the smart thing that they did. It’s very funny, I take pictures of it next to trucks. Like it’s almost like it’s my kid, because I travel around and then I just go – we’ll just put you in front of that truck and take a picture because it’s funny, because it’s as big as their wheel, you know.

So have you got a single out at the moment?

I do. ‘God Did Good’ is the first single and it’s going great guns. It’s still moving up the charts quite quickly, so we’re not going to give up on that one until we see where it can go in its full potential.

That must be quite exciting seeing that.

Absolutely. Just having anything out in the States, you know, it’s tough to go the whole hog here if you don’t have money.

Have you got a following in Australia, like a country music following there? Did you used to play when you were back home?

I did. I actually had a substantial career before I came here, and kicked a lot of goals before I got to America. So I have a great following and that’s been really helpful because they support me while I’m over here. Some of them are like, “Why did you have to go over there?” and complain, but the majority are very supportive and they support me from afar.

Which is really cool. So social media must be quite a big thing for you then?

It is, 100%. I think social media is really good, because you do get to speak to fans in general. We didn’t have that attachment unless we did a live show somewhere, so if you want to talk to someone in the middle of nowhere up the northern end of the United States, you can now.

Have you got videos out for your songs?

I do. They are all over the place. ‘God Did Good’ has been released and you can Google the hell out of that.

Do you enjoy doing videos? Is that another side?

No, I don’t. I know I could just lie and say “I love it”. I like the end result, but on the day I’m like, “Oh my gosh,” I am not good in front. I am naturally confident in front of a camera, but it’s not an enjoyable part for me. I think I’ve gotten very good at being in front of cameras for the sake of getting it done. I remember my first photo shoot took a little while, and it came back and I wasn’t really happy with the photos. And I’m like, “This is kind of like my fault because I don’t pose, I’m shy,” all of this sort of stuff so I decided to come out of my shell, and the next time I went in for a photo shoot that thing was going to be done in forty minutes. I pulled it out of the bag and I’ve learnt to do that now, so things get done quickly because I can’t wait for the video camera to face away from me.

It is just so refreshing to talk to you. 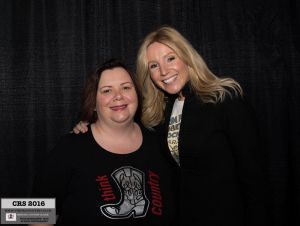